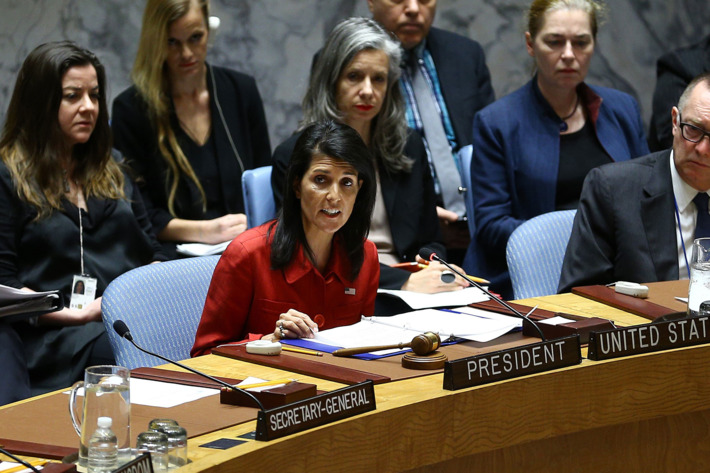 US permanent envoy to the United Nations pledged ironclad friendship to Israel noting that she will vehemently oppose the appointment of any Palestinian official for a UN senior position because Washington does not recognize Palestine as a “state”.

Nikki Haley, during a hearing Tuesday before the House Appropriations, State and Foreign Operations Subcommittee, said she blocked the appointment of former Palestinian Prime Minister Salam Fayyad to replace German diplomat Martin Kobler as the Special Representative of the UN Secretary General in Libya because the US does not recognize Palestine as a state.

“If we don’t recognize Palestine as a state, we needed to acknowledge also that we could not sit there and put a Palestinian forward until the US changed its determination on that front,” she said.

Fayyad a well-respected Palestinian economist and World Bank official was proposed by UN Secretary General in February to replace Kobler but his appointment was blocked by Washington.

The new Washington administration has edged closer to Israel accusing the UN of bias in the Israel-Palestine conflict.

President Trump has indicated that he would support one state solution if it can lead to peace – kicking aside the Obama Administration’s diplomatic drive to end the decades-long conflict.