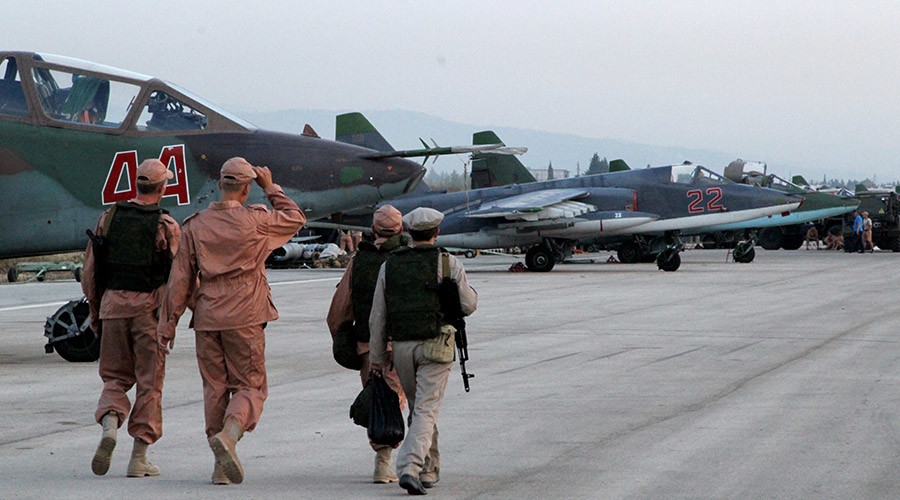 President Bashar al-Assad paid a maiden visit to the Khmeymim airbase in the Latakia province in what could be dubbed as a familiarization tour of the weaponry being used by the Russian air force helping his government repel attacks from rebel and terrorist groups.

The Syrian president paid tribute to the Russian forces as he wrote in the visitor’s book: “the Syrian people will not forget that its Russian brothers stood next to them in this national war.”

Assad was guided through the airbase by Russian chief of staff General Valery Gerasimov.

It is unclear if the visit is linked to recent allegations from Washington that Damascus is preparing to launch a chemical weapons attack after suspicious activities were noticed at the launch site of the regime’s apparent chemical strike in April. The U.S. government has warned that a “heavy price” will be paid if another chemical attack is carried out.

Russia’s Deputy Foreign Minister Gennady Gatilov said such claims could have an effect on the efforts to reach a peaceful solution to the Syrian war. He lamented that U.S. assertions that the Syrian government may be planning a chemical attack complicate peace talks. Gatilov warned the United States not to take unilateral actions in Syria.

Chemical attacks in Syria have been an issue of discord as the government has often rejected claims that it is responsible of such attacks, stating that rebel and terrorist groups were behind them.

France’s new president Emmanuel Macron has warned that chemical attacks would be a trespassing of a “very clear red line” that would be followed by reprisals regardless of the party responsible.