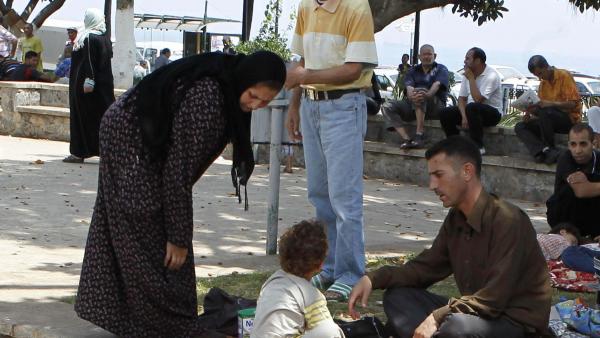 The UNHCR welcomes the decision by the Kingdom of Morocco to admit a group of Syrian refugees stranded in difficult circumstances at the country’s border with Algeria since 17 April, describing it as “a humanitarian gesture”, the UN Refugee Agency said in a statement released Thursday.

The decision to admit the Syrian families trapped at borders with neighboring Algeria was made on Tuesday by King Mohammed VI, a statement from the Royal Office said.

King Mohammed VI has ordered the immediate treatment of the situation of the Syrian refugees blocked at the Algerian-Moroccan border, for humanitarian considerations, and has instructed authorities to allow the refugees entry into Morocco, said the Royal Office.

“This High Royal Solicitude reflects once again the humanist commitment of the Kingdom in the treatment of migratory issues and comes in these blessed days of the holy month of Ramadan, a month of piety and solidarity,” the Royal Office statement said, adding that “it is an exceptional measure dictated by humanist values”.

“The remaining 28 refugees from an original group of 41, including women and children, were collected on 20 June by the Moroccan police from the border and transported by bus to Bouarfa, from where they were transferred to the capital Rabat,” UNHCR said.

UNHCR is working with the authorities of Morocco and other countries to find a durable solution to the plight of these vulnerable refugees, the UN Refugee Agency said.

UNHCR welcomes this humanitarian gesture, which is in keeping with the traditions of hospitality demonstrated by countries across the region.

Since 17 April, UNHCR has been working closely with the concerned authorities to find a solution for this group of Syrian refugees stranded at the border between Morocco and Algeria.

Speaking on the occasion of the World Refugee Day, celebrated on June 20, representative of the UN refugee Agency in Morocco Jean Paul Cavaliéri commended the North African country for the humanism underlying its immigration and asylum policy.

The UNHCR official hailed Morocco for having succeeded in developing an adequate legal framework guaranteeing the right to asylum.