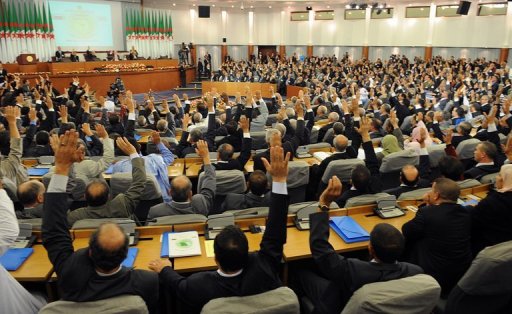 A group of Algerian lawmakers has formed a parliamentary committee to denounce the blockade and media propaganda against Qatar, which, they say, pays the price of its support for the Palestinian cause.

The lawmakers, 31 in number, reject the air and sea blockades imposed on Qatar by its neighbors as “unjust”.
The committee criticized the extensive political and media campaign against Doha and Qatari institutions that are active in supporting the Palestinians, Middle East Monitor (MEMO) reports citing an Algerian media source.

The four countries have imposed air and sea blockades on Qatari airplanes and vessels coming from and going to the tiny gas-rich Gulf country, using their seas or lands.

Algiers, which enjoys strong ties with Saudi kingdom, UAE and Qatar, has adopted a neutral position on the crisis and called for dialogue to defuse the tension.

The committee hopes to see similar committees taking root in other countries. The committee members note that they will work to raise awareness of the real motive behind the conspiracy against Qatar, which is aimed, the MPs believe, to liquidate the legitimacy of the Palestinian cause, MEMO reports.