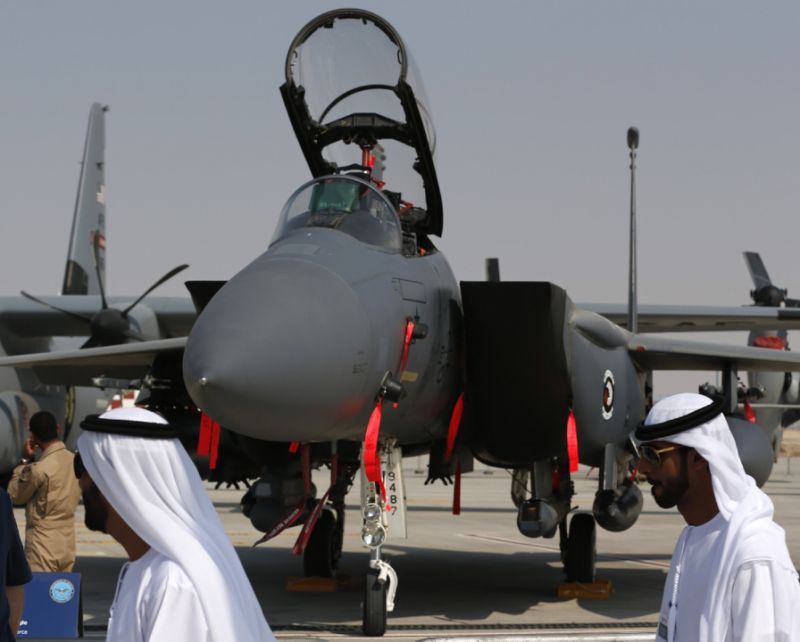 Qatar and the US finalized Wednesday a $12 billion military deal for procurement of F-15 fighters by Qatar amid the Gulf Crisis opposing the tiny Arab state to its regional neighbors led by Saudi Arabia.

The deal, signed by US Defense Secretary Jim Mattis and his Qatari counterpart Khalid al-Attiyah, is part of an agreement on the sale of 72 US-manufactured F-15 to Qatar, approved by the State Department last year.

Details of the Wednesday deal have not been disclosed but Bloomberg reported that it could include 236 jets.

The agreement signed in November gave way to $21.1 contract to be executed by Boeing Co.

Qatar hosts the US largest military base in the Middle East. Over 11,000 international forces, including US forces, are stationed on the base used by the international coalition in the fight against terrorism in Iraq, Syria and Afghanistan. More than 100 aircrafts operate from the base.

In separate development, the Qatari state news agency QNA and Doha-based Al Jazeera report that two US vessels, namely the USS Chinook, a coastal patrol ship, and US Coast Guard Cutter Baranof arrived Wednesday in Qatar for military drill with the Qatari navy.

The signing of the deal takes place at a time the Gulf gas-rich Emirate is at loggerheads with its neighbors and several Arab-Muslim countries led by Saudi Arabia. The bloc accuses Qatar for funding terrorism.

The Saudi Arabia-led bloc has severed ties with Qatar and has imposed air and sea blockades.

President Trump took the Saudi side – a position quickly countered by the Pentagon, which has praised Qatar for hosting the US airbase and for its “enduring commitment to regional security”.