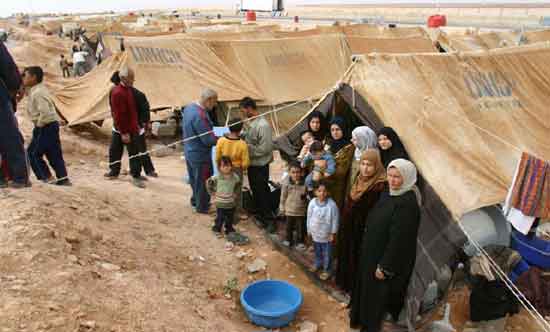 Iraq’s Health Minister and the UN refugee agency have confirmed that there was a mass food poisoning at the Hasansham U2 camp, located between Mosul and Irbil, and at least one person has died. Health Minister Adila Hamoud said the meal that was served as Iftar affected around 800 people, with at least 300 in critical conditions.

United Nations High Commissioner for Refugees (UNHCR) said it was “really concerned” by the events at the camp. Its staff are coordinating with other agencies and authorities to provide swift medical treatment and transport the seriously sick to nearby hospitals.

It is unclear if the food poisoning was deliberate. The camp houses more than 6,235 people. Some of those affected were vomiting while others fainted. The food was provided by a non-governmental Qatari charity organization. The meal was prepared by a restaurant in Irbil and the owner is reported to have been arrested.

Camp supervisor Rizgar Obed told Rudaw news agency that outside organizations had previously been banned from bringing in food, but the camp authorities had been forced “under great pressure” to change the regulations. The camp lies close to Mosul, which is the Islamic State’s de-facto capital where the battle has intensified. IS fighters are currently under heavy siege in the west of the city.

Almost 10,000 people fled from Mosul’s northwest and the Old City every day during the last week of May, the UN said. More than 750,000 people have been displaced from the city since October. Thirteen camps have been established by the UNHCR to deal with the flow of the internally displaced people fleeing the city.