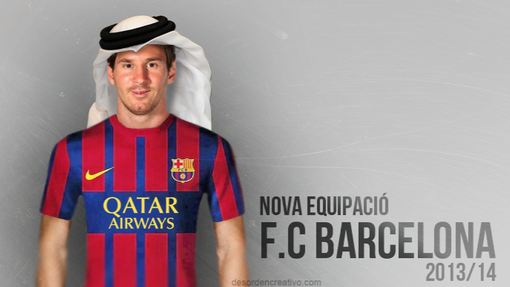 A new decree issued by authorities bans the club’s kit, which displays Qatar airways Logo. The Qatari national carrier has been the official sponsor of the Spanish popular football club over several seasons now.

The club has been linked with Qatar Sports Investment since 2011. It first wore Qatar Foundation’s logo during first two seasons and then that of Qatar Airways until this season.

The new decree indicates that anyone caught with Barcelona jersey with Qatar-linked logo may face $15,000 fine and up to 15 years behind bars.

The move comes as Saudi Arabia and its regional allies tighten restrictions on Qatar with whom they have cut diplomatic ties over charges of funding terrorism and siding with Iran.

After revoking its license and closing its Riyadh office, Saudi authorities have banned every al Jazeera program in the kingdom. Riyadh have banned hotels and tourist facilities from airing Qatar-based news channel, and threatened to punish violators with the closure of their facility and a fine of up to $27,000, reports say.

The group has also issued a blacklist of individuals and entities they say are linked to Qatar. UAE and Bahrain have also criminalized sympathy for Qatar in the crisis. Any comment contrary to official stance is subject to between 5 and 15 years in jail.