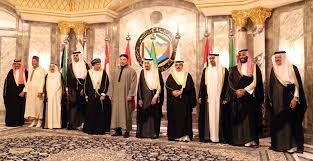 Morocco decided, upon directives from King Mohammed VI, to airlift shipments of foodstuffs to Qatar, in a gesture of solidarity and mutual assistance, it was officially announced in Rabat on Monday.

The decision was announced one week after Saudi Arabia, Bahrain, the United Arab Emirates, and some other Arab countries severed ties with Qatar and banned all air, land and sea transport with the Emirate.

“This decision comes in accordance with the precepts of the Islamic religion, which encourages solidarity and mutual assistance among Islamic people, in particular during this blessed month of Ramadan,” said the Moroccan Foreign Ministry in a statement.

“Morocco stresses that this decision is not connected with the political aspects of the crisis between Qatar and other brotherly countries,” said the statement.

On Sunday, the Foreign Ministry had released a statement highlighting Morocco’s standpoint on the crisis that it has been following with great concern, and pointing out that since the outbreak of the crisis between the Gulf countries, “King Mohammed VI has maintained close and continuous contact with the different parties to the crisis”.

The statement pointed out that given the strong personal ties of sincere fraternity and mutual esteem between King Mohammed VI and the rulers of the Gulf countries and taking into account the unique strategic partnership existing between Morocco and the GCC states, “Morocco made sure not to indulge in public statements and hasty stands that would only widen the rift and deepen grievances”.

King Mohammed VI called on all parties to show restraint and wisdom in order to defuse tension, overcome this crisis and definitely settle the causes that led to it, the Foreign Ministry said in the statement released Sunday.

The statement added that “If the parties wish so, Morocco is ready to offer its good offices conducive to a calm, franc and comprehensive dialog on the basis of non-interference in domestic affairs, the fight against religious extremism, clarity in positions and loyalty in commitments”.