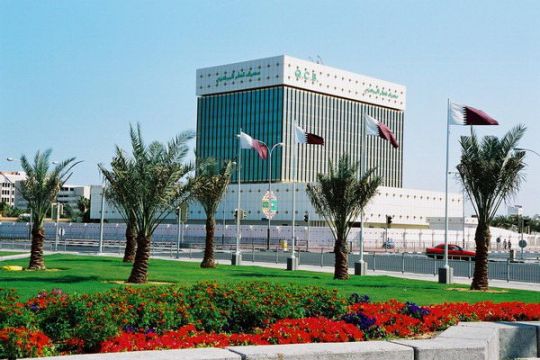 Governor of Qatar’s Central Bank Sheikh Abdullah bin Saud Al-Thani has released a statement underlining that the ongoing diplomatic rift between Doha and its neighboring Gulf States has not affected its usual operations. “The banking transactions and procedures in the State of Qatar continue to be normal, both at the level of local financial transactions and between the Qatari banking sector and foreign banks,” he stated.

He urged operators to carry on with their activities as he gave assurances that “the liquidity levels in the Qatari banking sector are good and meet all customer requirements.”

The statement comes amid unconfirmed reports that the some exchange operators have been faced with a shortage of dollars, potentially affecting remittances by Qatar’s migrant workforce, estimated at more than two million people. The World Bank estimates that expat workers in Qatar sent home $11.4 billion in 2015.

Bahrain, Egypt, Saudi Arabia and the United Arab Emirates are seemingly determined to force Doha to cut its support to extremist groups, although Qatar flatly denied any connection to terrorism.

Finance Minister Ali Sherif al-Emadi said the restrictive measures taken against Qatar will not be only detrimental to Doha. “A lot of people think we’re the only ones to lose in this… If we’re going to lose a dollar, they will lose a dollar also”, he said, explaining the impact of the inter-regional trade that existed between Qatar and the other Gulf States before June 5.

The Finance Minister also refuted speculations that the Qatari Riyal will slide arguing that their reserves and investment funds are more than 250% of the country’s Gross Domestic Product. “We are extremely comfortable with our positions, our investments and liquidity in our systems,” Minster Emadi boasted.