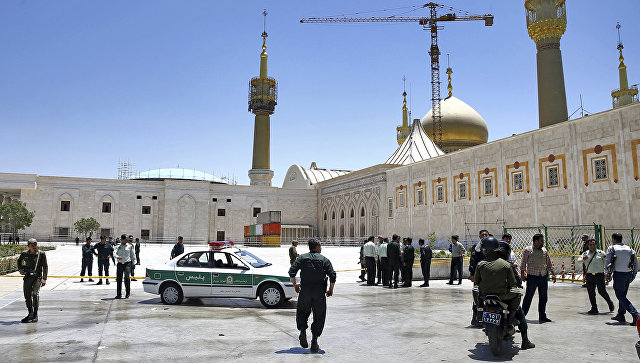 Iran’s Intelligence ministry has stated that it has killed all the five assailants who stormed the Parliament and the mausoleum of Ayatollah Khomeini, founder of the Islamic Republic of Iran. The death toll of the two attacks has risen to 17 while more than 40 people are injured. The attackers were identified as Iranians linked to “Wahhabi and Takfiri groups” and have been engaged in the wars in Mosul and Raqqa.

According to the statement from the Intelligence ministry, it is not the first time that the five men have plotted attacks in the country. They came to Iran in August 2016 under the command of Abu Aysheh, a ranking commander of the Islamic State, but their plan to attack religious cities was aborted after Abu Aysheh was killed.

Analysts said the attack on the parliament building and the mausoleum was well planned before the attackers were eliminated after several hours. Profile pictures of corpses and their names were released but their surnames have been kept a secret due to security and privacy concerns for their families. Six people including a woman have also been arrested in connection to the attack.

Syria and Hezbollah have expressed their support to Tehran while President Trump tweeted that “states that sponsor terrorism risk falling victim to the evil they promote.”

Iran’s Foreign Minister Mohammad Javad Zarif responded that such “repugnant” statements are rejected by the Iranian people, adding that “terror-sponsoring despots threaten to bring the fight to our homeland. Proxies attack what their masters despise most: the seat of democracy.” His message is believed to be directed at Saudi Arabia.

The two attacks have been claimed by the Islamic State and they have vowed to increase their targets.