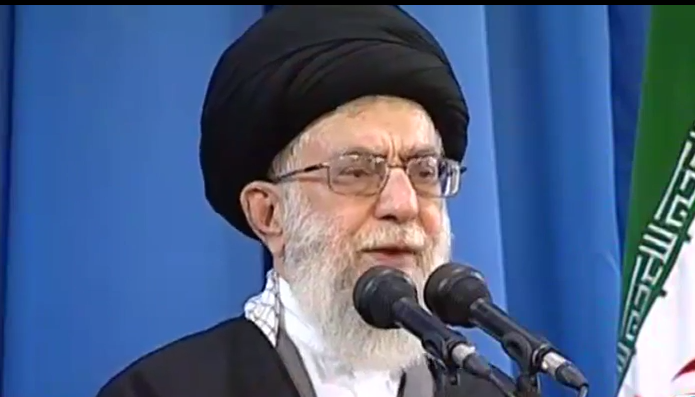 The Iranian supreme leader Sunday told a gathering of officials that Europe is reaping what it sowed in the Middle East in reference to the string of terror attacks claimed by the Islamic State group (IS).

“Today, Daesh (IS) is being pushed out from its birthplace in Iraq and Syria and is moving to other countries – Afghanistan, Pakistan and even the Philippines and European countries,” Khamenei said at a ceremony marking the anniversary of the death of revolutionary leader Ayatollah Ruhollah Khomeini in 1989.

“This is a fire that (Western powers) themselves ignited and now has backfired on them,” he told the gathering, broadcast on television.

IS claimed responsibility for the Saturday London attacks in which seven people were killed by three IS militants.

The attack was the second to hit the UK in less than two weeks following a terror bomb attack against concert-goers in Manchester late last month.

Twenty-two people lost their lives at the end of US artist Ariana Grande’s concert on May 22 in Manchester. The suicide bomber was identified as Salman Ramadan Abedi, a 22-year-old British Muslim. IS claimed responsibility for the attack.

According to analysts, the Iranian leader also used the speech to slam the Iranian President Hassan Rouhani’s reformist promises to grant more rights to people, to curtail home extremism and to promote dialogue with the West.

“Rationality means not coming under the dominance of the power of America and its arrogance again, once one has freed oneself from it.”

For the Iranian leader aligning with the West has a price, in reference to regional rival; Saudi Arabia’s multi-billion arm deal with the US during President Trump’s May visit in Riyadh.

“In order to compromise with the new US president, the Saudi government is forced to spend more than half of its financial resources in line with America’s objectives and in accordance to America’s will,” Khamenei said.