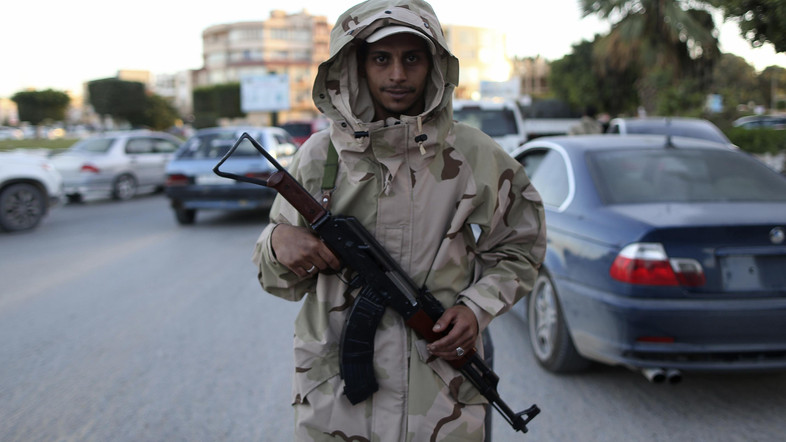 The delegation from the African Union ended its four-day trip to Libya by meeting with Field Marshall Khalifa Haftar with whom they discussed the political situation and developments of the country as well as the fight against terrorism. The delegation led by Jean Jacoso also met with Special envoy Martin Kobler, Fayez Serraj of the UN-backed government, State Council leader Abdulrahman Sewehli and President Ageela Saleeh of the Tobruk-based House of Representatives. The delegation was not able to assemble all the political players to have a dialogue geared towards ending the war.
Meanwhile, new clashes between the Libyan National Army (LNA) under the command of Haftar and forces loyal to the UN-backed Government of National Accord (GNA) are becoming imminent in the western part of the country. The LNA took over the al-Jufra airbase in central Libya “without any resistance” and are “preparing a plan to secure the area and deploy patrols to clear militants from the area”, according to spokesman Mohammed Lafiras. The airbase was under the command of the Benghazi Defense Brigades.
In a bid to counter the advance of LNA, the Presidential Council (PC) of the GNA which dubs itself as the Supreme Commander of the Libyan Army appointed General Osama Juwely as the commanding officer of the Western Region and General Mohamed Al-Haddad as the commander of the middle region. The country was divided into seven military regions last week and the appointment of the two commanders was described by analysts as a hasten decision due to the progress of Haftar’s forces.
Elsewhere, Algeria has raised concerns about Cairo’s increasing military intervention in Libya. Algiers wants a political solution and fears that the airstrikes of the Egyptian forces could further worsen the situation.