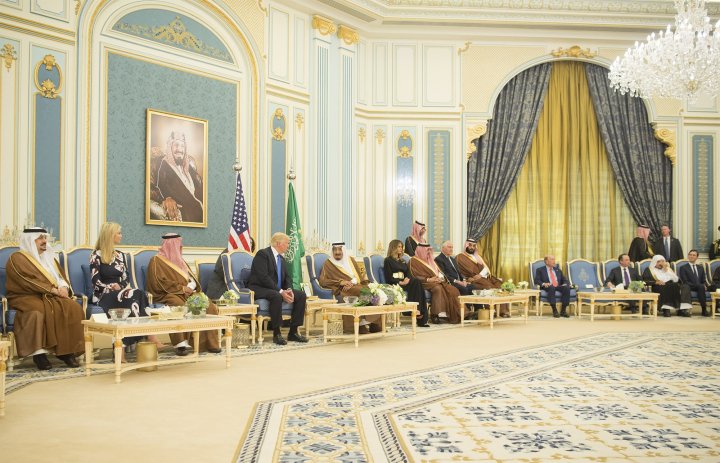 Three senators from both the Democrat and Republican parties introduced a joint resolution on Thursday, disapproving  a part of the deal that was signed by President Trump during his recent visit to Riyadh.

The senators want to block the proposed sale of equipment and weapons systems used by the Royal Saudi Air Force, according to their resolution, reported the American newspaper The Hill, on its website.

President Trump signed a $110 billion arm deal with Saudi Arabia during his visit to the kingdom early this week. The deal could be expanded over a decade to reach $350 billion.

The senators are objecting to the sale because they believe selling weapons to Saudi Arabia will only worsen the war in Yemen, where Saudi Arabia is leading a coalition supporting the ousted government, The Hill said.

The move by the lawmakers is to block $500 million of the sale the portion, including precision-guided munitions and other offensive weapons, Reuters said.

At the House of Representatives, some members have also voiced opposition to the deal on Thursday. A Republican and Democrat requested a hearing at the House Foreign Affairs Committee to review the sale of precision-guided munitions to Riyadh.

The US administration described the arm deal as a way to help Saudi Arabia tackle terrorism in the region and counter Iran’s growing influence. President Trump also indicated that deal will create jobs for American companies.