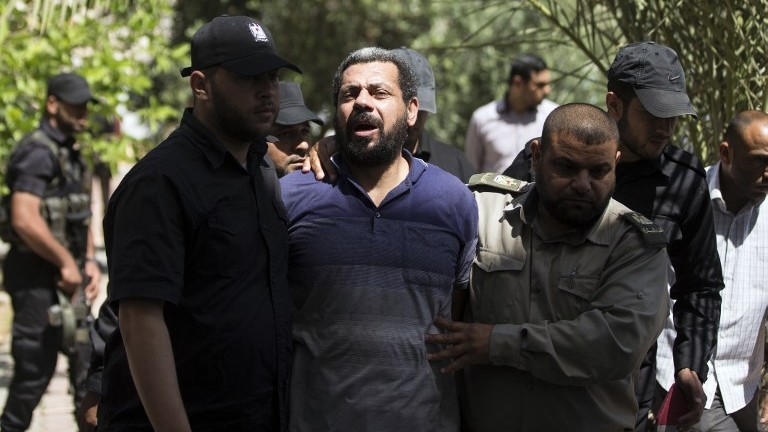 The Palestinian Hamas movement controlling the Gaza Strip Thursday executed three men condemned to death for the killing of the movement’s top military commander in March.

Ashraf Abu Leila, 38, Abdallah al-Nashar, 38, and Hisham al-Aloul, 42 were arrested two weeks ago and sentenced to death for conspiracy with Israel and the assassination of Mazen Faqha near his house in Gaza in March.

Human Rights Watch (HRW) said in a statement the “rush” to kill the men “smacks of militia rule, not the rule of law”.

London-based Amnesty international also chided the movement arguing that the trial of the three men, which lasted for four days, did not align with international standards and that the accused were denied “proper defense.”

Twenty-five people have been executed since the movement took control of Gaza a decade ago, HRW notes citing figures from the Palestinian Centre for Human Rights.

Mazen Faqha, a top Hamas military commander, was accused by Israel for planning attacks against Israelis. He was held the master-mind of the suicide attack in the Israeli settlement neighborhood of Gilo in East Jerusalem in 2002 that killed 19 people.

He was arrested by Israel and sentenced to nine years in prison plus 50 years but was later released in a prison swap operation between the movement and Israel in which Israeli soldier Gilad Shalit detained by Hamas for five year was exchanged with over 1,000 Palestinian prisoners.