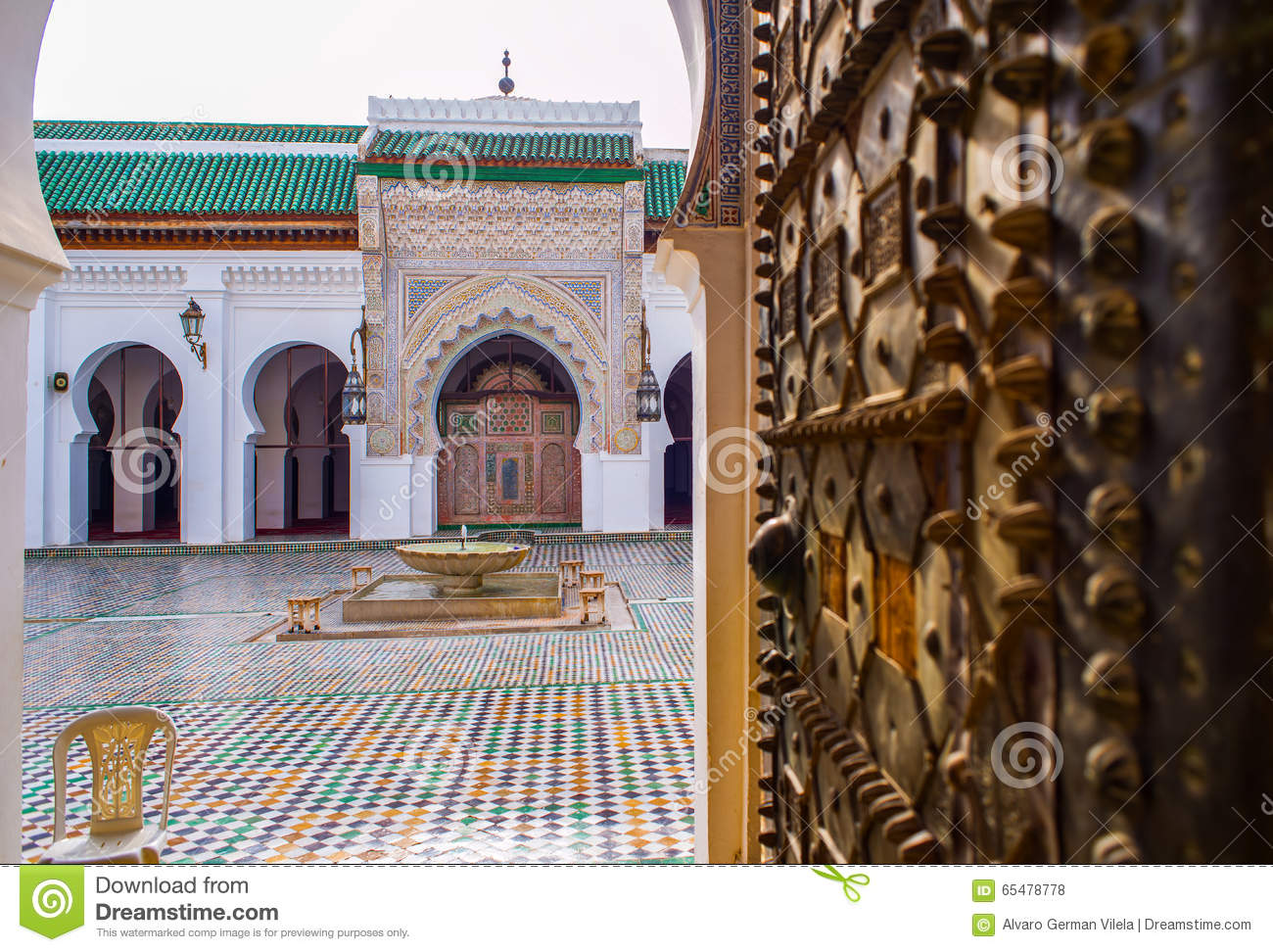 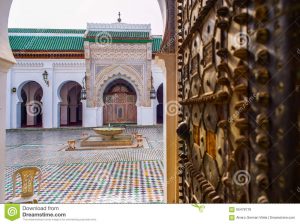 The rehabilitation program of the ancient Medina of Fez, which encompasses the refurbishment of the traditional educational institutions, known as Medersas, is coming to fruition and the Medersas are gaining back their former luster and glory.
King Mohammed VI, who is keen on preserving the architectural style and characteristics of the medina of Fez, founded by Idriss II in the 7th century and listed by the UNESCO in 1981 as World Heritage, and who has been supervising the rehabilitation works since they were launched in 2013, chaired, on Tuesday at the Qarawiyyin library in Fez, a session on the rehabilitation program of the Medersas.
During the session, Minister of Endowments and Islamic Affairs, Ahmed Toufiq, surveyed the program and pointed out that three Medersas, namely the Mohammedia, built by the Late King Mohammed V, the Seffarine and the Bouaanania, dating back to the Merinid era in the 14th century, have been completely refurbished.
In accordance with the royal guidelines, he said, the institutions are now offering accommodation to 105 students enrolled in Al Qarawiyyin University.
The decision to re-open the Medersas to students was made by the King in June 2016. He had then ordered to use these historical buildings to accommodate the Al Qarawiyyin University students in their final year.

Al Qarawiyyin University, associated with Al Qarawiyyin Mosque, was founded by Fatima al-Fihri in 859 and is one of the leading spiritual and educational centres of the Muslim world.
Al Qarawiyyin, incorporated into Morocco’s modern state university system in 1963, is the oldest existing, continually operating and the first degree awarding educational institution in the world according to UNESCO.
Other institutions, namely the Mesbahiya, the Sbaiyyine and the Sahrij Medersas will also provide dormitories to students once their rehabilitation is completed, the Minister said, adding that the Sahrij Medersa will be reserved for students enrolled in the Moroccan calligraphy Department of Al Qarawiyyin.
Once the rehabilitation program completed, some 134 rooms will be available for Al Quarawiyyin University students, he said.
Ahmed Toufiq also announced that a new five-year course, the Alimiya course, was created part of efforts to enable the Qarawiyyin University to promote its authentic curriculum, namely in terms of programs’ relevance, and scientific competitiveness at national and international level. This falls in line with the institution restructuring, ordered and supervised by King Mohammed VI.
Actually, part of Morocco’s relentless efforts to promote moderate Islam as a means to counter extremism and fanaticism, King Mohammed VI ordered in 2015 the restructuring of the eminent institution so that it regains the stature it once enjoyed as the first university in the Arab-Islamic world and as a centre of Islamic studies and knowledge, spreading the ideals of moderate Islam.
After the presentation of the rehabilitation program, the Sovereign visited the Medersa Mohammadia, the Seffarine, the Mesbahiya, and Sahrij Medersas as well as Dar Al Mouaqqit, another landmark monument that was open to the public after refurbishment.
Dar al Mouaqquit includes a tower used as an observatory for the astronomer in charge of observing the lunar crescent and the establishment of prayer times. The institution, built during the reign of Merinid Sultan Abu Inan, displays in a museum, now open to the public, ancient Moroccan and Arab astronomical instruments, enabling visitors to discover the Kingdom’s scientific heritage.