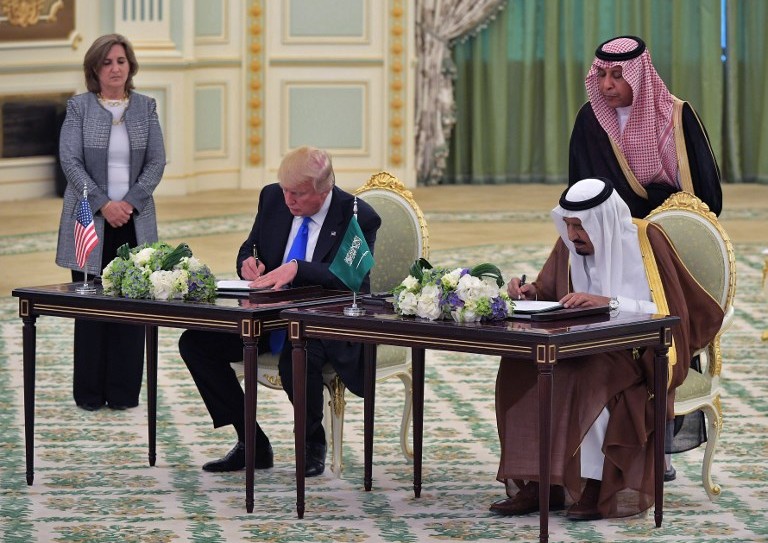 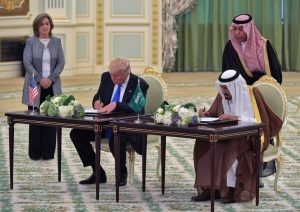 US President Donald Trump Sunday called for international cooperation between America and the Muslim world in the fight against terrorism, underscoring that terrorists do not worship God but death.

“I ask you to join me, to join together, to work together, and to fight together, because united we will not fail… The path to peace begins right here,” Trump said in an address to Arab-Islamic leaders from Riyadh, where he was on a visit part of his first foreign trip abroad.

“We must be united in pursuing the one goal that transcends every other consideration. That goal is to meet history’s great test: To conquer extremism and vanquish the forces of terrorism. Young Muslim boys and girls should be able to grow up free from fear, safe from violence and innocent of hatred. And young Muslim men and women should have the chance to build a new era of prosperity for themselves and their peoples,” he added.

The US President, who urged countries no to provide shelter to terrorists, indicated that he is not against Islam as reported with regards his travel ban on some Muslim countries.

“I stand before you as a representative of the American people to deliver a message of friendship and hope. That is why I chose to make my first foreign trip to the heart of the Muslim world, to the nation that serves as custodian of the two holiest sites in the Islamic faith,” he said.

Peace is possible, he said, insisting that it is not a battle between faiths or civilizations.

Trump’s visit to Saudi Arabia marks a new chapter between America and the Islamic world led by the Saudi kingdom. His speech has been likened to Obama’s historical address in Cairo in 2009.