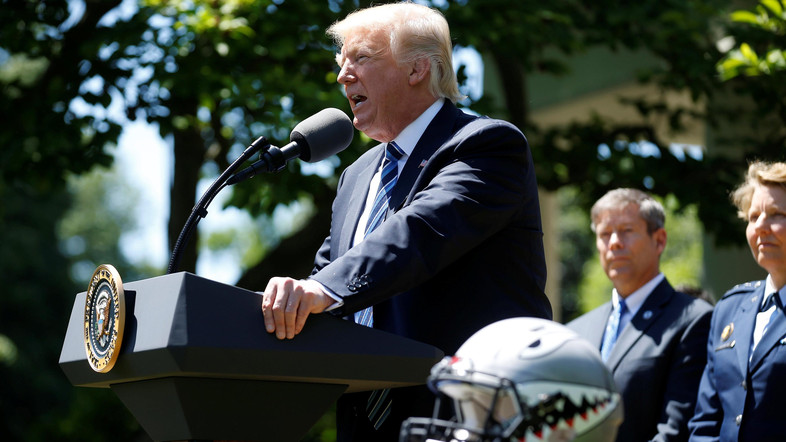 US President Donald Trump announced Thursday a tour in the Gulf and the Middle East as of this May 23 with Saudi Arabia as his first stop in a move to warm up ties with the Arab world.

The tour, his first since he took office, will take him to Riyadh, Israel and the Vatican.

“My first foreign trip as president of the United States will be to Saudi Arabia, then Israel, and then to a place that my cardinals love very much, Rome,” Trump said.

The choice of Saudi Arabia as the first stop has been described as a strong signal by the new US administration to cement ties with the Saudi establishment, which remained cautious with the US during Obama’s term.

Trump said in Saudi Arabia, he will “begin to construct a new foundation of cooperation and support with our Muslim allies to combat extremism, terrorism and violence and to embrace a more just and hopeful future for young Muslims in their countries.”

A senior member of the Trump administration emphasized that the aim of the visit was to reverse a trend “of America’s disengagement from the world and some of its biggest problems”, al-monitor.com reports.

During their encounter, both leaders reiterated their close contact on regional affairs as well as on bilateral issues. Washington and Riyadh are poised to work together in countering Iran’s influence in the Middle East and stamping out Daech and al-Qaeda.