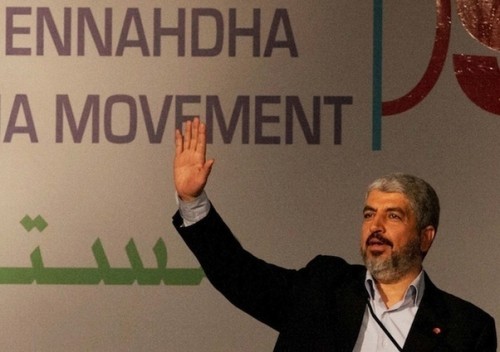 Notorious for its strong stance against Israel, Hamas has released a document showcasing a shift in its policies by affirming that “its conflict is with the Zionist project not with the Jews because of their religion.” It also stressed that the group “does not wage a struggle against Jews because they are Jewish but wages a struggle against the Zionists who occupy Palestine” before blaming “the Zionists who constantly identify Judaism and the Jews with their own colonial project and illegal entity.”
The document was made public in Qatar by Khaled Meshaal, Hamas’s leader in exile since 2004, who vowed that they “will not back down from the Palestinian right to return.” He said they will remain defiant “towards the Zionist ideology or entity” and to ensure Palestine’s freedom “from the [Jordanian] river to the [Mediterranean] sea.” It wants a Palestinian state based on the 1967 borders.
Tel Aviv is cautious with the document and a spokesman for Prime Minster Netanyahu alleged that “Hamas is attempting to fool the world, but it will not succeed.” The “real Hamas” according to him is “they (Hamas) dig terror tunnels and have launched thousands upon thousands of missiles at Israeli civilians.”
Hamas has refused to recognize Israel and the document didn’t signal a change a position in that case. Palestinian activist, Raja Abdulhaq, doesn’t think that there “is a new initiative or new policy” but rather “a new way of qualifying what Hamas has been endorsing for the past 60 years.”
The Palestinian-Israeli conflict is expected to be at the limelight this week as President Donald Trump is expected to arrive in Israel this week.