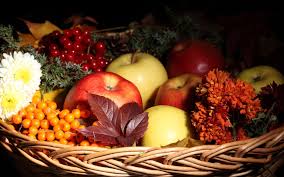 The Agrofood Emirati firm Al Dahra has invested $15.6 million (156 million dirhams) in a farming project to grow apple and flower in Azrou, South of Fès, in Morocco, reports ecofinagency.com.

The firm made the announcement in a statement released on the sidelines of the just concluded 12th edition of the Moroccan Agriculture Fair (SIAM 2017).
According to the statement reported by local newspapers Le Matin, the investment includes in the first stage the development of 210 hectares dedicated to apple-farming (200 ha) and horticulture (10 ha). In the long term, this area will be expanded to 1,060 hectares. The firm aims to produce of 712,320 apple trees and high-value flowers, both in the mountainous as well as in small farms, says ecofinagency.
The Gala, Red Delicious, Golden Delicious, Fuji, Pink Lady and Envy apple varieties to be grown in Morocco will be sold locally as well as in regional markets in Africa and the Middle East.
The firm said it has started growing flowers last month and should proceed to an initial harvest in October.
Al Dahra was founded in 1995 and is present in more than 20 countries worldwide. It generates a yearly turnover of about $1 billion.