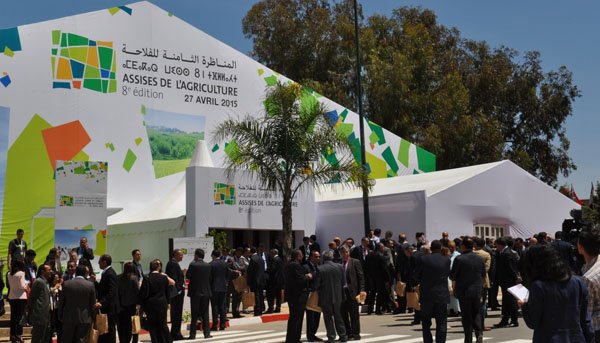 Nearly 810,000 people have visited he fair, said Jaouad Chami, director of the 12th edition of the Fair, who was speaking to the press on the last day of the event.

The Fair brought together participants, exhibitors and visitors from Morocco and from 66 countries, including 19 African nations, he said, adding that 33 conferences and seminars, dealing mainly with agri-food and sustainable agriculture were held as part of the event.

SIAM 2017 celebrated Italy as a guest of honor and hosted 20 foreign delegations with the attendance of 15 ministers, Chami underscored.

Twenty-one agreements were signed during the fair, which has become a hub for agribusiness and agriculture professionals to seal deals and exchange experiences.

SIAM 2017 was also an occasion to showcase the headway achieved by Morocco’s agricultural sector and offered a venue for exchange with international actors in the field.