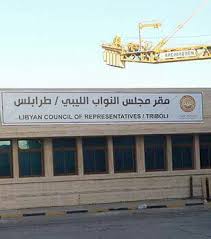 Representatives of the UN-backed Government of National Accord (GNA) and the Tobruk-based House of Representatives (HoR), State Council president Abdulrahman Sewehli and president Ageela Saleh respectively, reached an agreement to “stop the bleeding as well as (ensure) the return of displaced persons.” The agreement was brokered following talks in Rome presided over by the Italian minister of Foreign Affairs Angelina Alfano. The Italian ambassador to Libya was also in attendance.
Details of the agreement have not been made public but the State Council, established under the 2015 Libyan Political Agreement (LPA), stated that the parties “agreed to reach peaceful and fair solutions to outstanding issues.” The HoR has refused to recognize the GNA and also delayed voting to approve the LPA. The stalemate led to UN sanctions on Saleh which includes a travel ban but that has not barred him from travelling to Italy.
Deputy President Emhemed Shouaib of the HoR said the agreement showcases “political realism and the promotion of reason as the paths toward stability and maintenance of national unity.” He hopes that the talks will be expanded to include all politicians.
Minister Alfano said the discussions were held in “an atmosphere of friendliness and openness” and looks forward to further consultations. UN Special Envoy for Libya, Martin Kobler, applauded the talks in Rome and hopes that it will help to implement the LPA.
The role of Khalifa Haftar, commander of the Libyan National Army loyal to the HoR, is among the key issues that have restrained cooperation between the two parties. There were numerous reservations with the LPA from the HoR and the General National Congress, the parliament based in Tripoli, but Kobler pressed ahead with its signing with those who supported it. That has made its implementation difficult and the institutions that it established have limited authority in Tripoli where they are based.