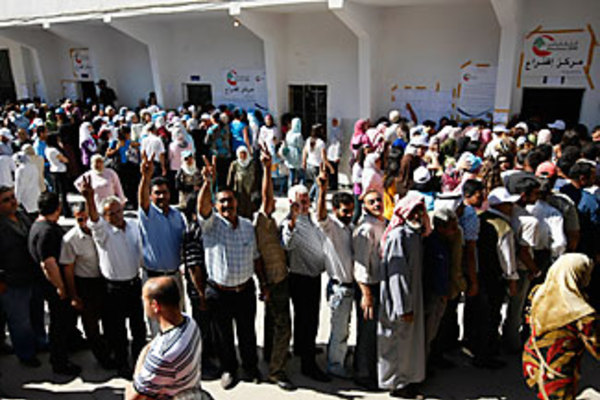 Lawmaker Qassem Hashem is optimistic that an agreement for the much awaited electoral law that would lead to the parliamentary elections could be reached on Thursday because “everyone now accepts the necessity to adopt proportionality.” He is convinced that “the position of House Speaker Nabih Berri and all the political components is to preserve stability and prevent void that would lead us to the unknown.”
A consensus is unlikely to be reached as Member of Parliament (MP) Fadi Karam from the Lebanese Forces is against reaching an agreement based on proportionality. He pointed out that it would be equal to “sacrificing years of struggle to rectify parliamentary representation by yielding to Hezbollah’s proportionality.” Hezbollah wants a proportional representation system with a single or several large electorates.
Similar concerns were echoed by MP Walid Jumblatt, leader of the Democratic Gathering bloc, who stated proportionality “cancels the Christian-Islamic partnership from the 1943 Pact till Taef Accord” and also “marginalize” the minority Druze community concentrated in Aley and Chouf areas.
However, Economy and Trade Minister Raed Khoury admitted that all sides are determined to reach an agreement but stressed that the Free Patriotic Movement “wants moderate solutions” while ruling out the extension of parliament’s mandate. “All laws are on-the-table; what is left is to make decisions,” Khoury stated.
President Aoun tried to calm fears during a cabinet meeting on Monday as he assured that “there will be no parliamentary vacuum” and discussions will continue “until a result is reached.”