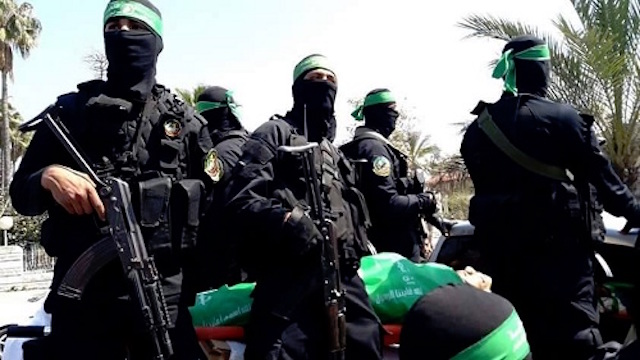 Hamas is calling all those who are collaborating with Israel in the Gaza Strip to present themselves voluntarily to the “nearest person in direct relationship with the security services” of the group in exchange for an amnesty.

Hamas promised in a statement that those who abide by their request “will be provided legal and security protection and their cases will be handled with complete confidentiality and outside of the security headquarters.”

It warns that the “collaborators” of the Jewish State who do not heed the call will have their case handled by the security services when apprehended.

The statement, issued on Tuesday, gives a week deadline to the “collaborators” to surrender. The period is being described by Hamas as a “week of redemption.” It also marks the suspension of arrest campaigns against “agents” operating within the Gaza Strip following the assassination of Mazen Faqha, a senior official in Ezzeddine al-Qassam Brigade; Hamas’ military wing.

It is unclear if the “collaborators” will trust the statement although Hamas referred to them as those who are “victim of the occupation and its intelligence services.” It is also urging them to consider the appeal “for the sake of national and social responsibility.”

Analysts think that the announcement is part of what Khaled Meshaal, Hamas’s leader, described as the change of rules of the game after Faqha’s assassination last week. He promised that they “will not sit quietly” and are up for the “new challenge” that Israel has triggered with the help of its “collaborators.”

Israeli Minister of Defense, Avigor Liberman, said that his country was not involved in the murder, adding that Hamas was “known for its internal assassinations” but his remarks were strongly rejected by the Palestinian group.