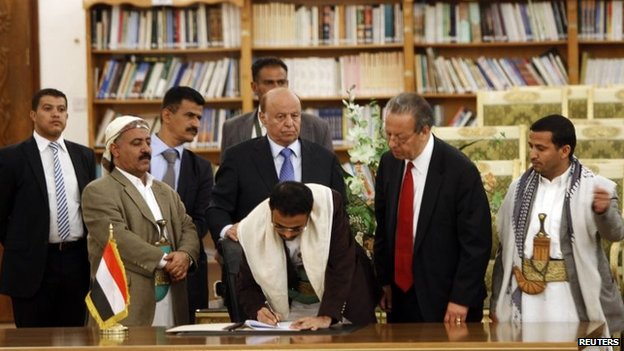 There is hope at the end of the tunnel, if both sides willingly discuss the security aspect that will safeguard the political roadmap outlined during the talks held in Kuwait last year, despite the numerous challenges, claims the UN Special Envoy for Yemen Ismail Ould Cheikh Ahmed.

Ismail told France 24 that “a solution in Yemen will be built on military and political basis so it’s a bit shameful that opposing parties don’t want to sit down at the table to discuss it.”

While revealing that “a solution is close”, the Special Envoy warned that it would continue to be farfetched “as long as there is an external authority or militias controlling the security situation in the country.” He stated that the Houthi Movement and their allies, singling out former president Abdellah Saleh, should work towards that direction by withdrawing from the areas under their control and handing over their weapons. Ismail also raised concerns about the rebels’ refusal to adhere to the implementation of the political solution.

With regards to the fate of President Hadi who enjoys the support of the Saudi-led coalition, Special Envoy Ismail outlined he cannot be sidelined in the talks. “No solution can be achieved without taking into consideration the presence of Hadi,” he said.

Amid the ongoing crises, Yemen is on the brink of famine and starvation has already begun to claim lives; especially that of children and the elderly.

The country’s Minister for Human Rights Dr. Mohammed Askar said the Yemeni government is working to establish peace but the desired peace is difficult to achieve because the rebel militias have not yet surrendered arms.