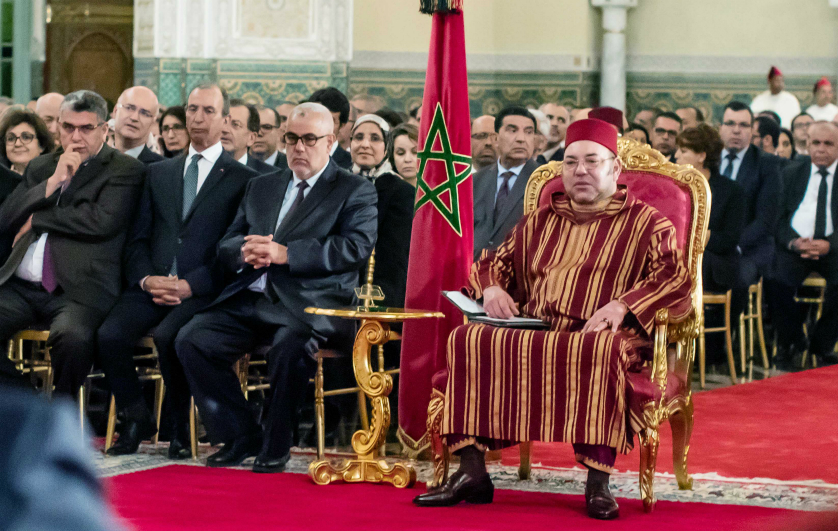 King Mohammed VI has discharged Abdelilah Benkirane, the leader of the Party for Justice and Development, winner of the parliamentary elections held last October, from the mission to form a government, and decided to appoint another member of the PJD as the new Head of Government.

The Royal office announced in a communiqué released Wednesday evening that King Mohammed VI has discharged Abdelilah Benkirane from the assignment to form a government, and decided, among several options, to appoint another political figure of the Justice and Development Party (PJD) to succeed him.

“The King will receive this figure as soon as possible and will instruct him to form the new government,” says the royal office.

Benkirane who had been appointed Head of Government just 48 hours after the results of the parliamentary polls were announced in October, failed to reach an agreement with other political parties on the composition of a coalition cabinet.

Five-month long negotiations came to a dead end, although the Monarch repeatedly urged the designated Head of Government to speed up the formation of the new Government.

In this vein, two Royal Advisors expressed, last December, to Benkirane the Sovereign’s concern over the delay in forming the government. Soon after that, the PJD made some concessions, in a bid to overcome the deadlock and forge ahead with negotiations. But that was not enough for his interlocutors, mainly the National Rally of Independents.

Therefore, as the consultations conducted by Benkirane for more than five months did not lead to the formation of a majority Government and as there was no sign that the formation of such a cabinet was forthcoming any time soon, King Mohammed VI made his decision to designate someone else as Head of Government.

In view of the situation, and by virtue of his constitutional prerogatives, Mohammed VI decided “to appoint a new political figure from the Justice and Development Party as Head of Government to overcome this deadlock,” the statement says, adding that among all the possibilities offered by the Constitution, the Monarch made this decision “in order to consolidate the country’s democratic choice and preserve the achievements realized”.

The King will receive the PJD figure who will replace Benkirane “in the shortest possible time … to entrust him with forming the next government”, the statement says without disclosing the identity of this figure.

The King’s decision complies with the spirit and letter of the Constitution, mainly article 47 which stipulates that the Head of Government is picked from the party that wins the largest number of votes in the elections. The constitutional text does not say that the position of Head of Government must necessarily be held by the leader of the party winning most votes in the legislative elections.

So, the King, who is committed resolutely to the democratization of his country, dismissed Benkirane, but decided to replace him by a member of the same PJD party that has 125 seats in the House of Representatives. He gave thus additional evidence as to his respect for the Constitution and for the democratic reforms he initiated.

The King’s decision was also dictated by his concern to speed up the formation of a cabinet, as the five month delay paralyzed the country’s legislative apparatus and threatened to harm the economy, as public procurement was virtually at a standstill.

The Royal Office statement said that the King “commended the high sense of responsibility and sincere patriotism shown by Abdelilah Benkirane throughout the period during which he assumed the presidency of the Government, with effectiveness, competence and self-denial”.

Actually, Benkirane was overwhelmed by the results of the ballot boxes that made him the leader of the first political party in Morocco. Pride got the better of him and his ego prevailed over the interests of the state. His rigidity threatened to immobilize the institutions of the State and to impact the economy of the country. The situation could not last forever and a decision needed to be made. Now, his successor, whoever he may be, needs to act quickly to make up for the lost time and set the cabinet and the Parliament to work on the tasks confided to them.