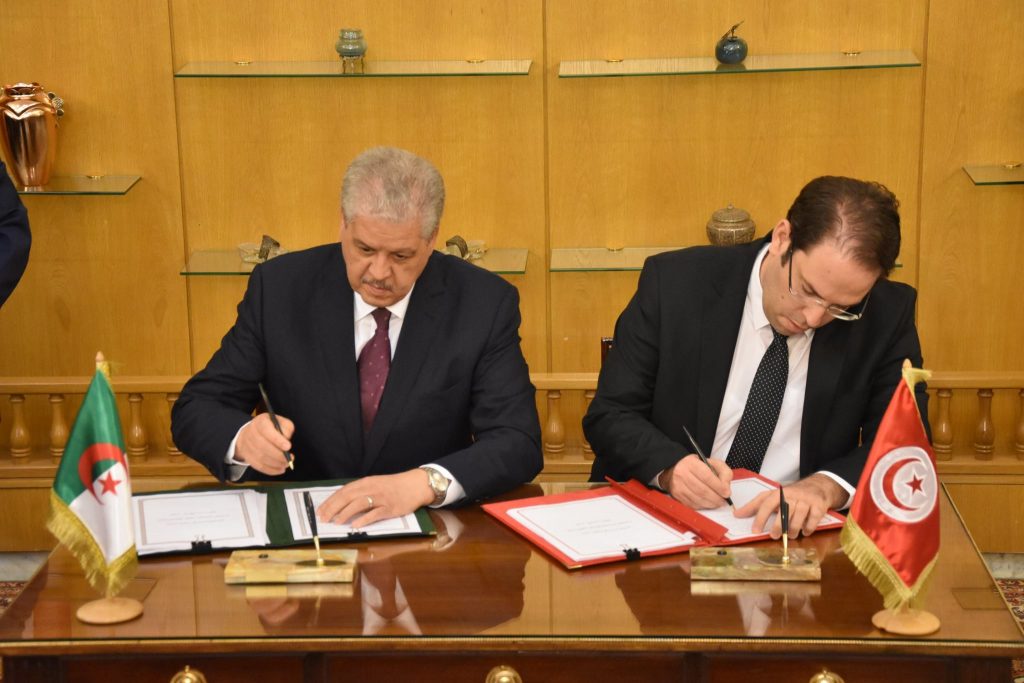 The 21st session of the Algeria-Tunisia High Joint Commission ended in Tunis with the signing of eight agreements and Memoranda of Understanding in diverse areas, covering, among others, security, social and cultural cooperation.

The session was co-chaired by Prime Minister Yousef Chahed of Tunisia and his Algerian counterpart Abdelmalek Sellal. One of the major highlights of this edition was the exchange of instruments of the ratification of Algeria-Tunisia offshore boundary delimitation.

Prime Minister Sellal hailed the signing of the security cooperation as a boost to ensuring stronger collaboration between their security forces considering the effects that the Libyan crisis can have on the two countries. He reiterated Algeria’s stance for a peaceful solution to the turmoil while stressing that the UN “must assume its responsibilities in the implementation of the decision taken by the Security Council to safeguard the unity, sovereignty and stability of Libya far from any foreign interference.”