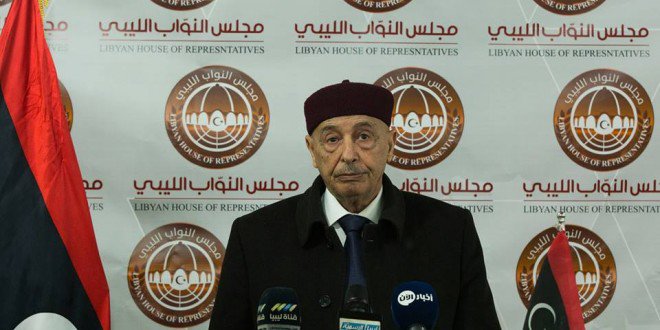 Head of Libya’s internationally recognised parliament Ageela Saleh has informed the High National Electoral Commission about the organization of fresh parliamentary and presidential elections no later than February 2018 in a move to get out of the current political stalemate.

“Given the difficult conditions the country is going through and the political mess, you are called upon to take necessary steps to prepare for the organization of presidential and parliamentary elections before February 2018,” Saleh wrote.

The decision of the snap elections has been confirmed by spokesman for the House of Representatives (HoR) Fathi Al-Maryami.

The country has been ruled by two different administrations; a HoR-backed government based in the East and the UN-backed Government of National Accord (GNA) installed in Tripoli.

The HoR has refused to endorse the GNA, arguing that it is imposed to Libyans to carry out a foreign agenda.

The HoR and the GNA have been haggling over the UN-endorsed Libyan Political Agreement LPA signed in December 2015. The HoR contests the LPA article placing the future Libyan national army under the GNA’s authority. The HoR also contests the LPA Annexe 1, which names the members of the Presidency Council.

The future role of Haftar is also a thorny issue, as he refuses to collaborate with Serraj, whom he describes as a foreign puppet.