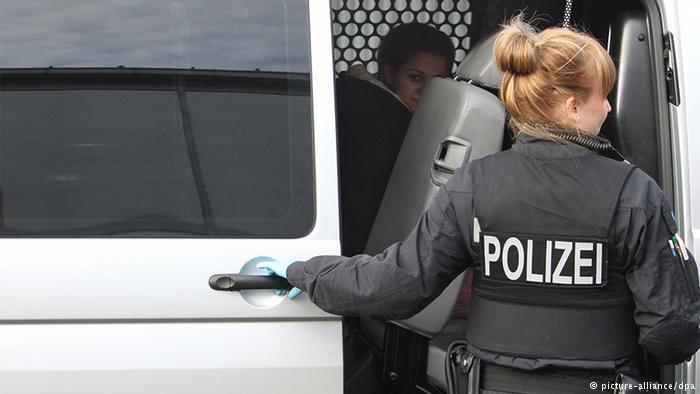 Human Right Watch (HRW) has denounced German authorities’ decision to deport to Tunisia a 24-year old man believed in contact with the Islamic State group (IS) arguing that the man will likely face torture at the hands of Tunisian security forces accused of “dirty work”.

The Tunisian, Charfeddine T., aka Ashraf Al-T, was deported Wednesday to Tunisia after German justice found him guilty of membership with IS. The man is also believed to have had permission to stage an attack in Germany.

Charfeddine T. was arrested in November in Berlin for membership with IS, DW reports. After several judicial proceedings, German authorities decided to deport the alleged suspect to his country.

The defense lawyer, Jonathan Burmeister, claimed that the accusations were barely genuine adding that they were based on information from the FBI and the German domestic intelligence agency, the Verfassungsschutz.

“The Tunisian authorities also said that the suspect belonged to Islamist circles, which is why we believe he will be sent directly to prison and can expect to be tortured, because that often happens in Tunisia when there is suspicion of Islamism,” Burmeister said.

HWR Germany’s Wenzel Michalski has voiced concerns pointing out that the alleged IS member will be subject to torture once back home. The activist accused Tunisian security forces of torture practices.

“From the German point-of-view it is clear you can’t deport anyone if this person is in danger of being executed or tortured, or even of not getting a fair trial,” Michalski told DW.

“If that is the case, the person should be tried here. It’s as simple as that.”

Tunisia, though praised for its democracy, came under fire by the UN and other right groups including London-based Amnesty International for massacring suspects’ rights and subjecting them to inhuman treatments.