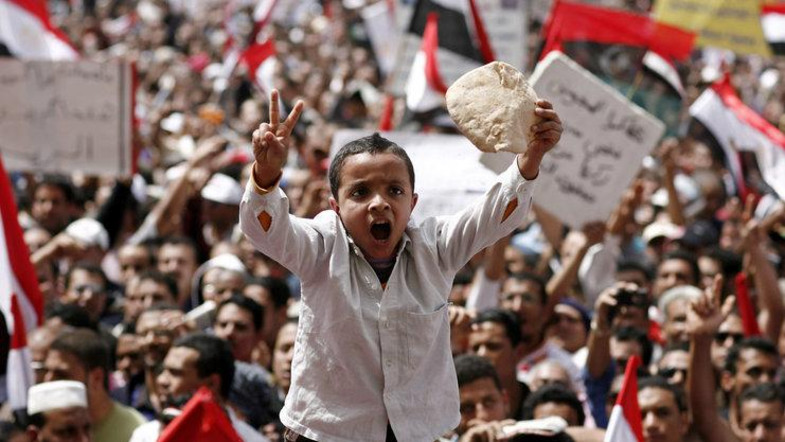 The Egyptian government’s decision to reduce the amount of state-subsidized bread provided to bakeries for holders of old subsidy cards has ignited protests in several major cities amidst growing fears that authorities are planning to reduce the subsidy.

The governorates most affected by the decision are Alexandria, Minya, Al-Wadi Al-Gadid, Gharbiya and Fayoum. The decision, which came into effect on Sunday, caught the population by surprise.

Egyptian supply minister Ali Moselhy said the measure was introduced to fight the “manipulation” of the subsidy program and gave assurances that the government “will not touch the share of bread for citizens under any circumstances.”

The daily quota for Egyptians covered by the subsidy program is five loaves of bread per day. Moselhy explained that only the quota for bakeries has been reduced.

The consumers who were not able to get their bread ration began to protest after bakeries explained that they could not supply them because their rations have been reduced by the ministry.

The ministry decreased the amount of bread loaves to 500 a day, down from 1,000 to 4,000 allocated for each bakery depending on beneficiaries in the area.

Minister Moselhy apologized to those who were not able to have their supply and reassured them that “this issue will be resolved within 48 hours” as he told reporters at a press conference that “every citizen has a right to bread.”

Authorities want to replace the old temporary subsidy paper cards with smart cards, introduced three years ago, to curb abuse of the system and make sure the product is going to the beneficiaries. There have been claims that bakeries sell the subsidized flour to private bakeries at a profit. Some protesters have claimed that the replacement process of the cards have been slow.

Over the past few years, social peace in Egypt has been fragile amid the increasing cost of living. This has increased fears among analysts that another mass public demonstration could be triggered if the government’s economic recovery program fails to meet expectations.