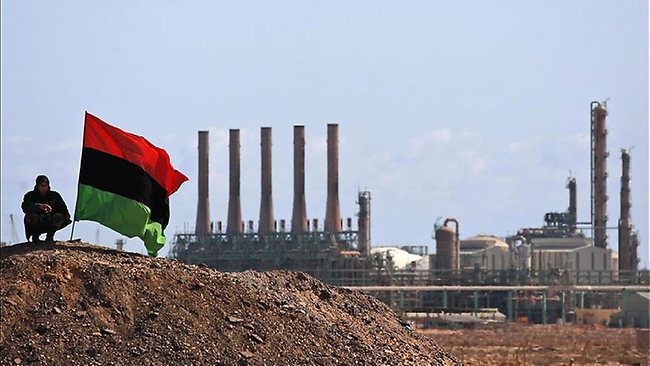 The Libyan National Army (LNA) loyal to the Tobruk-based House of Representatives (HoR) has vowed that it will retake control over the oil ports of Sider and Ras Lanuf after it lost them to the Benghazi Defense Brigades (BDB) in a defiant message issued through its spokesman Ahmed Mismari.

“There is a very large air and ground mobilization of (LNA) forces to drive the terrorist gangs in the Oil Crescent.” The group was forced out of the ports by the BDB on Friday after heavy clashes. Intense battles are expected in the coming days.

The ferocity of the upcoming battle was explained by Mismari at a press conference. He claimed that there will be “a strong reaction in Tripoli in response to the attack” and that they will destroy the oil crescent region completely if they fail to recover it from their rivals.

The military spokesperson boasted that they have defeated the BDB “several times” and are ready to repeat the feat. He didn’t state when the operation will begin but said that its launching was delayed for tactical reasons and it could commence at any moment.

The battles could be devastating for the country’s oil sector because the BDB has reaffirmed its intention to continue controlling the Sider and Ras Lanuf ports. They are also planning to launch an offensive to recover the territories that they have lost to the LNA.

The renewed crises around the oil crescent region are expected to affect the different governments claiming to be legitimate representatives of the North African country.

Libya’s oil production has recently amounted to around 700,000 barrels per day (bpd), but has dropped to 663,000 bpd after Waha Oil Company cut output by about 35,000 bpd as a precaution due to the unrest, said Jadalla Alaokali, a board member of the National Oil Corporation (NOC).