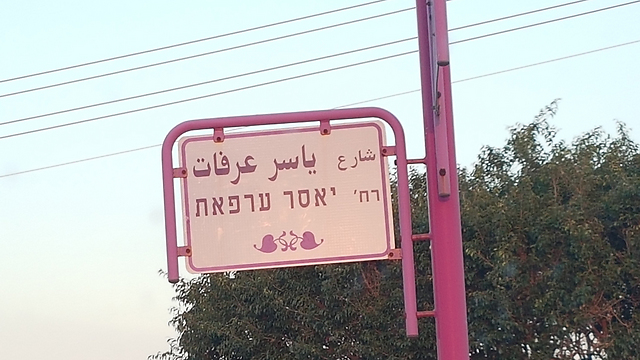 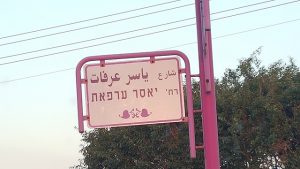 Prime Minister Benjamin Netanyahu informed his cabinet about concerns on names given to streets in Israel as he vowed that he cannot allow naming streets “after murderers of Israelis and Jews.”

During the cabinet meeting on Sunday, Netanyahu pointed out that the streets named Yasser Arafat in an Arab town and Haj Amin al-Hussein among others are unacceptable in the Jewish State. He added that “arrangements” will be made “including new legislation if need be, so that this does not happen here.” The Israeli Prime Minister’s attention to this case might have been due to the recent naming of a street in Jatt, an Arab town in northern Israel, after Yasser Arafat in honor of his peace efforts.

Mohammed Taher Wattab, Mayor of Jatt, deplored Netanyahu’s remarks as he recalled that the late Palestinian leader was a man of peace who “signed a peace deal with Israel and it is a shame that the Prime Minister finds the need to waste his time on the name of a street in a small town like ours.”

He said the focus on street names is part of efforts to distract the population from the ongoing investigations against the Prime Minister. “Instead of dealing with the acute and substantive problems in this country, they are focusing on someone who earned the Nobel Peace Prize, signed agreements with Israel and was recognized internationally as the legitimate representative of the Palestinian people”, Mayor Wattab stated.

The issue is slowly gaining momentum as the Interior Minister Arye Deri ordered the removal of the signs labelling the street by Wednesday.

The name change for Arafat has garnered more reaction than the other names with local residents claiming that the sign designating the street as Yasser Arafat’s street has been displayed for nine years.

Analysts say the developing story highlights that social reconciliation and pride continues to be a major issue between Jews and Arabs especially when it comes to determining who can be considered as a hero or a nationalist.