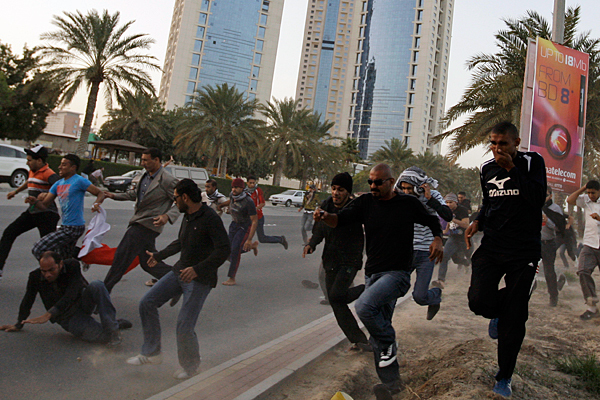 Bahrain’s upper house has approved a constitutional amendment authorizing the trial of civilians in military courts. During the session at the Shura Council, Justice Minister Khalid bin Ali al-Khalifa argued that military judges were “best placed” to deal with “irregular warfare” that the country is facing as he claimed that they also have a qualified judicial cadre of equal importance to civilian court judges.

The amendment has been strongly criticized by rights groups. Sayed Alwadaei, the director of advocacy at the Bahrain Institute for Rights and Democracy, said the approval signals that “the Bahraini king is effectively creating a police state with this de facto martial law.” He added that the king should bore the responsibility of “the new repressive measure and all the consequences it will have.”

Supporters of the constitutional amendment applauded the move as a necessity due to the sporadic terrorist attacks that the country has been experiencing. Minister al-Khalifa said “if militias and armed groups are committing terrorist acts targeting innocent lives and property, as well as receiving elements of combat training, we must confront them.”

The 40-member Shura Council backed the approval by 31 to 1 while three members abstained from voting. The Council is appointed by the king. The government has not made any official statement against the criticisms being leveled against it.

Since 2011, Bahrain has been struggling with a wave of protests for profound constitutional reforms but authorities have been reacting stiffly, while accusing Iran of fuelling the protests by supporting the country’s Shia majority. The ruling Sunni minority enjoys the support of the Gulf States especially Saudi Arabia which sent ground troops in 2011 to help repel the protests.