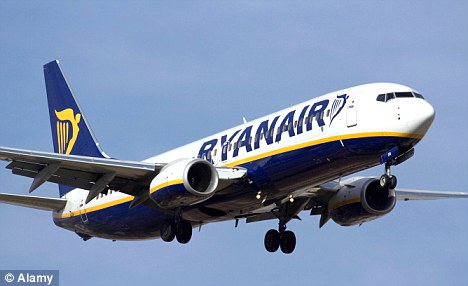 Irish airliner Ryanair has multiplied many folds its traffic in Morocco making the North African country one of its outside Europe top destinations.

Leaders of the Irish company have announced 13 new routes for winter 2017. The new routes will connect the kingdom to European cities such as Budapest, Munich, Bremen, Krakow and Seville.

The new routes add up to the existing 55 already established in the kingdom by the 30-year old airliner. Under the new plan, Ryanair will run 26 flights from Marrakech including seven new routes.

With this increase, the company’s activities will witness a rise, put at 22 per cent, Moroccan media leconomiste.ma reports.

“This increase in the frequency will support 2,000 jobs at Moroccan airports,” said Eddie Wilson, Head of Human resources at Ryanair.

The company is seeking to carry 3 million passengers per year with this increase. Annual figure of travellers carried by the company only at Marrakech airport stands at 1.2 million.

The now leading airliner in Europe has managed to topple Germany’s Lufthansa and EasyJet as the largest passenger carrier. 131 million passengers travelled on board Ryanair last year.

The company has overtaken its rivals thanks to its efficient marketing and price policy. Reputed to be cheap, Ryanair has placed the kingdom among its leading destination.