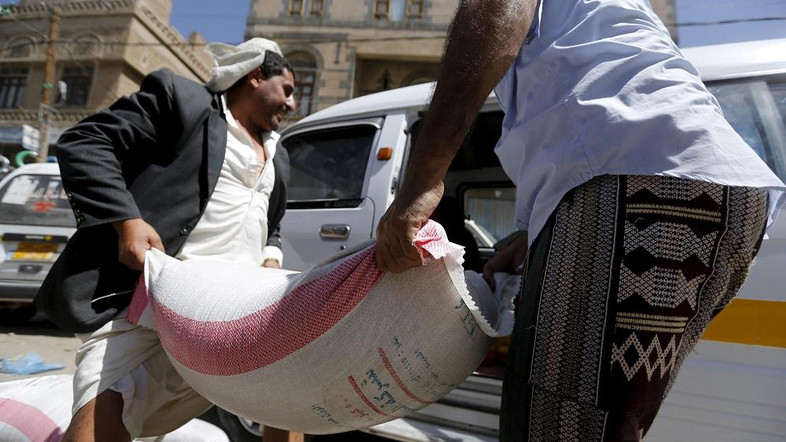 The people of crisis-torn Yemen urgently need humanitarian assistance and protection, especially in the north of the country where there is a threat of famine, the United Nations Emergency Relief Coordinator warned Wednesday.

Stephen O’Brien urged all parties to the conflict to provide immediate and safe access so that humanitarian actors can provide what is needed to stave off famine.

“This will require […] all parties to stop gamesmanship or efforts to support their side of the fight by producing bureaucratic impediments and delays, or doubts about inspection mechanisms,” he said. He called “for restoring commercial shipment to provide the populations with food and medicines, and crucially, fuel, so water can be pumped out of the aquifers and cereals, the main foodstuff in the remotest areas of the country, can be processed,” a UN press release said.

Briefing reporters at UN Headquarters in New York via telephone from the Yemeni capital, Sana’a, Mr. O’Brien recalled that he had headed directly to Yemen from the Oslo Humanitarian Conference on Nigeria and the Lake Chad Region, which had generated more than $670 million in pledges to help sustain critical relief operations over the next two years and beyond across four counties where millions are in need of aid.

He said that along with Nigeria, Somalia, South Sudan, Yemen is among the countries, which, for the first time in modern history, could fall into simultaneous famine.

The UN Emergency Relief Coordinator who insisted that famines are the result of man-made conflicts highlighted the difficulties faced by relief agencies to bring aid to the communities that need it, reporting that he had himself and his team been stopped at a military checkpoint on their way to the city of Taiz, even after assurances had been received.