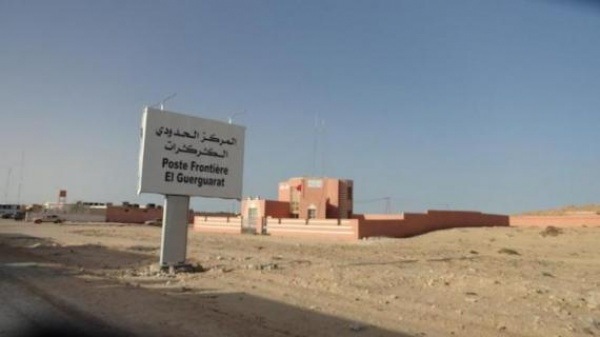 Paris, Madrid and Washington have commended this weekend Morocco’s unilateral pullout from the Guerguarat region, saying the move will help de-escalate tension and maintain stability in the region.

The Moroccan decision is an “important step for appeasement, taking into account the stability and interest of the region”, said spokesman for the French foreign ministry Romain Nadal on Sunday.

“France calls on all parties to demonstrate and to unconditionally and immediately withdraw all armed elements from the region, in accordance with the ceasefire agreements”, he added.

Paris supports a just, lasting and negotiated solution to the Sahara issue under the United Nations aegis in accordance with UN Security Council resolutions, stressed Nadal, noting that France regards the autonomy plan offered by Morocco in 2007 for the Sahara as “a serious and credible basis” for a negotiated solution.

The Spanish government also welcomed the Moroccan move, urging the other parties to “immediately” follow suit in conformity with the call made by the UN Secretary-General.

In a statement released by the Spanish Foreign ministry, Madrid expressed hope to see the UN chief resume efforts for “a political lasting and mutually acceptable solution” to the Sahara issue.

The US embassy in Rabat also hailed the announcement made by Morocco for the sake of peace and stability of the region and in compliance with the UN Secretary-General’s recommendations.

The Moroccan unilateral withdrawal comes following the call launched by UN Secretary-General António Guterres Saturday on parties “to exercise maximum restraint and take all necessary steps” to avoid escalation in the vicinity of Guerguarat in the Moroccan berm, near Mauritanian border.

UN Spokesman Stéphane Dujarric said “the Secretary-General also underlined that “regular commercial traffic should not be obstructed and that no action should be taken, which may constitute a change to the status quo”.

The UN chief “strongly urged the parties to unconditionally withdraw all armed elements (…) as soon as possible, to create an environment conducive to a resumption of the dialogue in the context of the political process led by the UN”, added Mr. Dujarric.

Following the UN Secretary-General’s reaction, the Moroccan Ministry of Foreign Affairs on Sunday issued a statement saying that upon instructions of King Mohammed VI, “Morocco will as of today begin its unilateral and immediate withdrawal from the region”.

Morocco hopes that the UN Secretary-General’s intercession will make it possible to return to the situation as it was previously prevailing in the region, keep intact the region’s status, secure fluidity of road traffic and thus safeguard the ceasefire and strengthen regional stability, stressed the Foreign Ministry in its statement.
Last Friday, King Mohammed VI had a telephone conversation with UN Secretary-General during which the Moroccan sovereign drew the attention of Mr. Guterres to the gravity of the recurrent incursions by the Polisario armed militia in the Guerguarat region and warned against the fallout of such provocative acts and ceasefire violations on peace and security in the region.