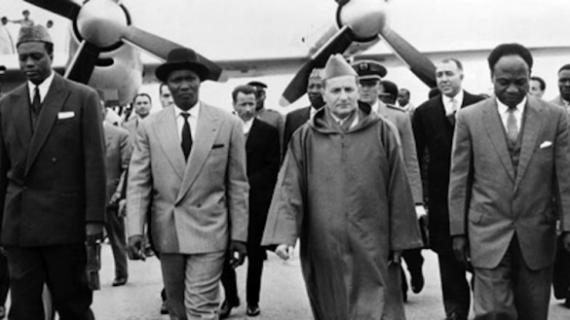 The relations between Morocco and Guinea are sound and exemplary. Built by Africa’s liberators and freedom fighters, late king Mohammed V and late president Sékou Touré, these special ties are cherished and strengthened by their successors, King Mohammed VI and president Alpha Condé.

Under terms of some of these agreements, Morocco pledges to help the Guinean government upgrade capital city of Conakry, set up cadastral system and provide 100,000 tons of fertilizers to boost agriculture in this African country.

These agreements were inked on the occasion of the work and friendship visit started Thursday by the Moroccan sovereign in Guinea within the frame of a new tour in Africa that led the Sovereign to South Sudan, Ghana and Zambia.

This visit is the second paid King Mohammed VI to the West African country since 2014. It confirms Morocco’s attachment to the principles of South-South co-development and solidarity.

This new visit, the 50th trip made by the Sovereign in Africa since 1999, reflects the royal vision seeking to enhance South-South cooperation to enable Africa take control over its own destiny and consequently to spur sustained socioeconomic development serving the interests of African peoples.

The Moroccan-Guinean relations are based on strong friendship and solidarity ties. Thousands of Guinean students benefited from scholarships, vocational and academic training in Morocco in several fields and specialties.

And every year, the North African Kingdom grants 60 academic and professional scholarships to Guinean students, through the Moroccan international cooperation agency.

To fight Islamic radical ideology and lunatic ideas, Morocco launched a leading center that provides training to hundreds of imams of various nationalities. The center seeks to inculcate in Imams the precepts of a tolerant and non-violent form of Islam based on Maliki rite and teach them how to counter extremism and religious radicalization through sound argumentation and dialogue.

Following the Ebola outbreak in the region, Moroccan airline company Royal Air Maroc was the only carrier that maintained service in solidarity with the African country, while all other foreign companies left.

The flights of the Moroccan company helped to transport vital medicines and medical equipment to Guinea, Sierra Leone and Liberia, contributing thus to saving lives.

So, the Guineans and other neighboring countries still remember this bold and solidarity move. They say they are grateful and will never forget.