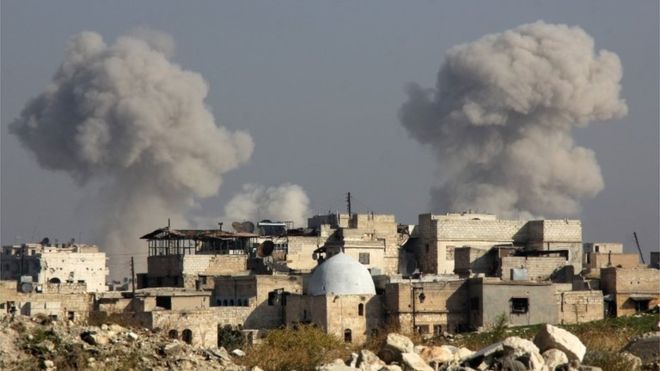 Field Marshal Khalifa Haftar has accused Western countries of fueling the conflict in Libya by supporting terrorist groups operating in the country. The Head of the Libyan National Army, loyal to the Tobruk-based House of Representatives (HoR), made these allegations against the governments of France, Germany, the United Kingdom and the U.S.

Haftar, who described these states as “partners” to the Libyan “terrorists”, did not name the Libyan sides that he considered as terrorist.

In his allegations to Egyptian On Live radio channel, he claimed that the terrorist groups were being trained by these countries that also provided them with weapons secretly.

Libya has been dominated by violence since a NATO military intervention that followed the 2011 uprising led to the overthrow and killing of Gaddafi. Countries such as France and the U.S. were instrumental in the campaign and there are reports that western countries continue to have their military personnel in Libya taking part in operations covertly.

Haftar called on the Western states to reconsider their positions before he issued a bold warning. “We sent back in coffins the terrorists that Turkey had dispatched” to Libya and signaled that Ankara will pay dearly for the harm it did to the Libyan nation.

None of the countries accused by the Field Marshal have responded to the allegations. It is also unclear which groups Haftar is referring to as terrorist groups. The army he is leading is not recognized by the international community that considers the UN-backed Government of National Accord as the legitimate representative of Libya and its people, although it is not approved by the HoR.

Meanwhile, UN Special Envoy for Libya Martin Kobler tweeted that he held “constructive” talks with President Ageela Saleh of the HoR that focused on “concrete” steps to facilitate the approval of the Libyan Political Agreement. No joint statement was released after the talks.