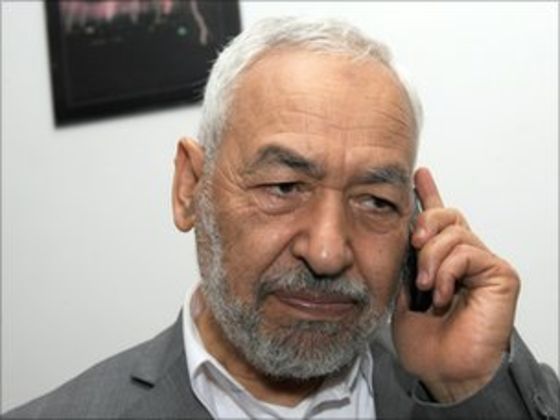 Diplomatic sources at the Algerian Foreign Ministry have denied Algiers’s support for the Leader of the Tunisian Islamist movement in his efforts to unite Gaddafi’s loyalists and Muslim Brotherhood movement in Libya, reports say.

Rached Ghannouchi, leader of the Tunisian Ennahda party, has been trying to bring together the two Libyan sides. He claimed that he received the endorsements of the Tunisian presidency as well as that of Algiers.

The diplomats also argued that the Islamist leader is trying to make a name for himself by making use of some high profile contacts he has in the Algerian regime to build a reputation in Tunisia and in the Islamist Maghreb world.

The sources further argued that Ghannouchi, himself member of Muslim Brothehood, is trying to use Libya to upgrade his political image and to prove to the international community that the Muslim Brotherhood movement is still an important stabilizing force in the Maghreb and in the Arab world.

The Algerian media notes that Ghannouchi who enjoys good ties with Algerian President Abdel Aziz Bouteflika and Turkish President Erdogan is striving to polish the image of his Islamist movement at a time the US Republican congressmen have blacklisted the Muslim Brotherhood as terrorist organization.

At its congress in May last year, Ennahda distanced itself from its Islamist agenda to embrace a political line.