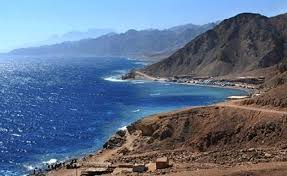 An extremist group in the Sinai Peninsula loyal to the Islamic State group has fired several missiles into Israel from Egypt on Thursday prompting retaliation from the Israeli Defense Forces. The missiles targeted the port town of Eilat, the southernmost part of the Jewish State, but didn’t cause any damage as they were either intercepted by the Iron Dome or fell in an open field beyond the residential limits of the city. There were no casualties and four people were treated for shock.

Israel retaliated with airstrikes along the southern Gaza Strip and Egypt border, killing at least two Palestinians and injuring five others.

A statement released by the Health Ministry in Gaza identified the casualties as Palestinians who died when the missile struck an underground smuggling tunnel. It is unclear if the two people are linked to the rocket attack.

The Sinai is a stronghold of militants loyal to the Islamic State group who have waged a long-running insurgency against the Egyptian security forces but attacks on Israel are rare.

The Sinai Peninsula is notorious for its arms smuggling and trafficking. It has become a volatile region since 2013 after president Mohammed Morsi was ousted in a military-backed coup d’état led by al-Sisi. Military presence in the peninsula has been restricted by the 1979 peace treaty between Cairo and Tel Aviv but over the past few years, Egypt has made several deployments to the area, with the acknowledgement of Israel, to fight extremist groups.