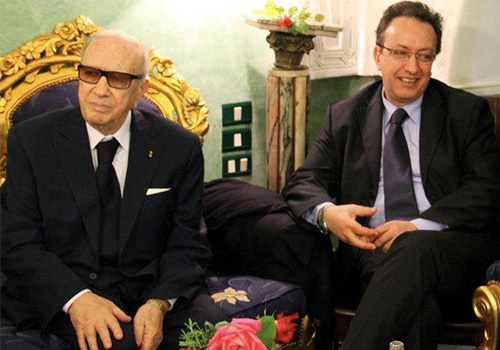 The ruling Nidaa Tounes party has decided to dismiss the son of the Tunisian President from the party. According to a statement released by the party’s Executive Committee, his removal was motivated by the “decisive” decision to restore the party through peaceful movements as it claimed that “Hafedh Caid Essebsi usurps the status of legal representative of the party.” Last year, Hafedh was elected at the helm of the party in a controversial congress with critics accusing President Caid Essebsi of trying to instill a family dynasty in the party.

The released statement claimed that Hafedh has been committing serious infringements and was also representing the party illegally thereby harming the party’s structures as well as the higher interests of the country. It added that he has “damaged the image of Tunisia” from within and beyond its borders while also suppressing activists through the use of State apparatus.

Tunisia has been able to surpass civil disturbance after the protests against former President Ben Ali but the political transition has been bumpy with more than six Prime Ministers failing to attain the aspirations of the population due to the economic difficulties that the country is experiencing. Security threats posed by terrorist groups have also stifled government efforts.