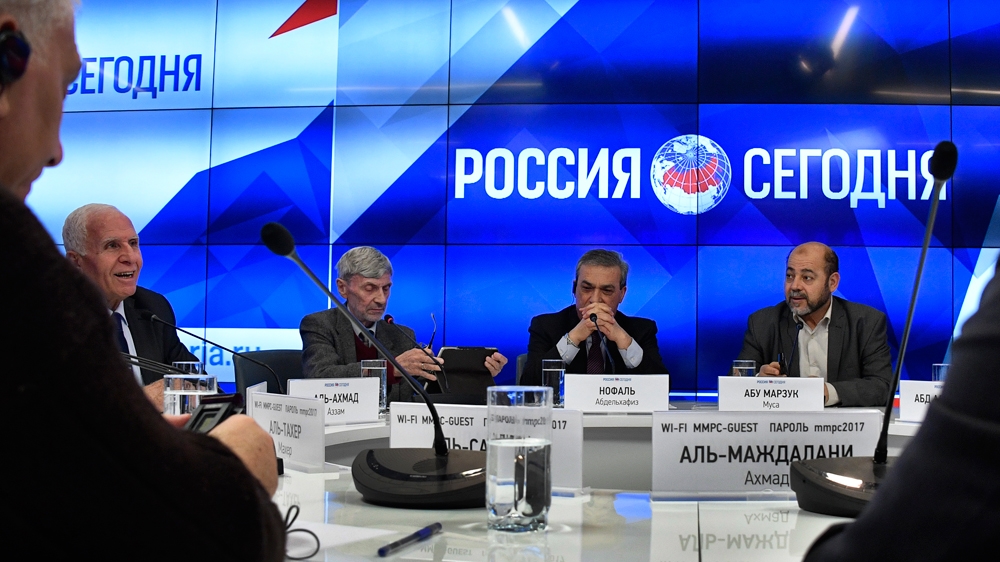 After three days of talks in Russia, Hamas and Fatah and the Islamic Jihad have reached an agreement to form a unity government and consultations for its formation will be carried out by President Mahmoud Abbas of the Palestinian Authority before Friday.

The agreement affirms an accord, reached a week ago in Lebanon, to form a new Palestinian National Council and a unity government.

The agreement boosts hopes for a unified authority in Palestine and Deputy Chairman Moussa Abu Marzouk of Hamas’ political bureau thinks that it is “the most effective tool” to end divisions between the diverse groups and “everybody will win” under it. He said the unity government body would be “responsible to promote the solutions, including the holding of free and democratic elections in the West Bank and Gaza Strip.” Marzouk thinks that “Russia can play a substantial role” in ending the crisis in the Middle East.

Although a timeframe for the consultations are known, it is unclear if a deadline has been fixed for the creation of the government. Mustafa Barghouti, a PLO Executive Committee member, said “the idea of the government would be to start bridging the division between Gaza and the West Bank and prepare for national elections in six months.” Elections have been a challenging issue in Palestine and the last time Hamas and Fatah both took part in it was in 2006.

The diverging views between Palestinian groups have affected talks with Israel to end the long-standing occupation of Palestinian territories and the illegal settlements.

Senior Fatah official Azzam Ahmad said the talks in Moscow have helped to march closer to “the unity of the Palestinian people”.

A unified political body in Palestine could accelerate the possibility of holding talks with Israel as negotiations have been shelved since 2014.