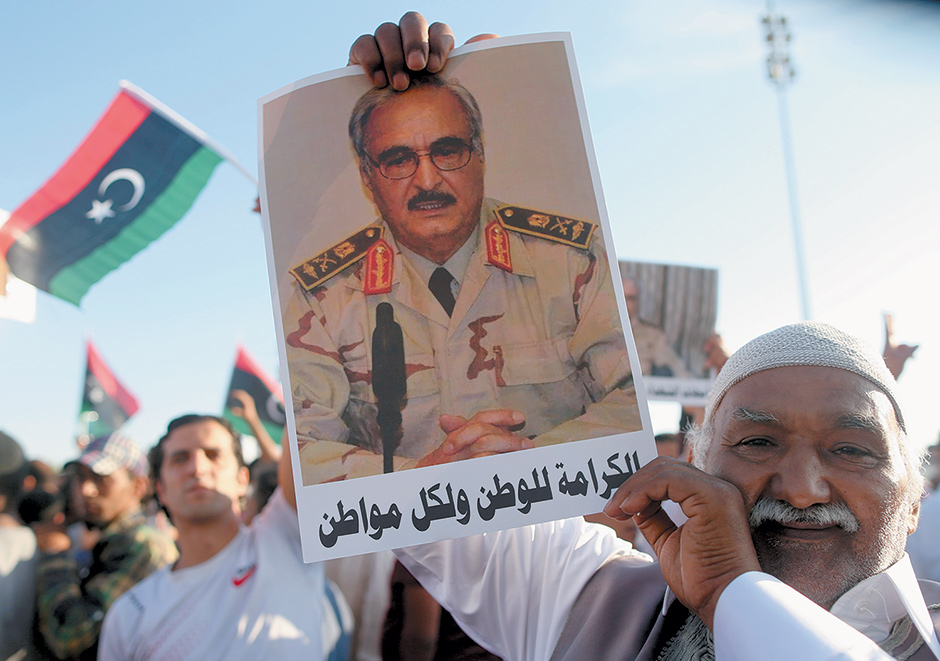 Forces of the Libyan National Army (LNA) have taken over a large part of the city of Benghazi from the extremist religious fighters as the battle for the city control intensified since the beginning of the year.

The central districts of Al Saberi and Souq al Hout continue to be under the control of the jihadist fighters made up of militants of the Revolutionary Shura Council of Benghazi; an alliance of Islamist militias that includes Ansar al-Sharia (linked to al Qaeda).

A LNA source said they “now completely surround the Qanfuda area” after they took “control” of the nearby district of Abu Sneib. The progress of the LNA in the city further strengthens the position of its commander Field Marshall Khalifa Haftar and that of the House of Representatives (HoR) in the country’s political standoff.

The allied forces could be on the verge of increasing their dominance as press reports claimed that a $2 billion worth of arms deal has been reached between Haftar and the Russian government.

Abdullah Al-Thinni, leader of the Tobruk based HoR, is allegedly trying to “reactivate the contracts with Russia” despite the UN arms embargo on the country.

According to London-based Al Arab newspaper, the deal that Haftar stroke with Russia onboard the aircraft carrier earlier last week is a continuation of the 2008 stopped contracts between Libya and Russia.

Haftar maintains close ties with Russia but there are emerging reports that he has also engaged “private contractors working for Erik Prince, the founder of the company formerly known as Blackwater” who are flying in United Arab Emirates Air Force IOMAX AT-802 Air Tractors. Prince denied their involvement in the operations.