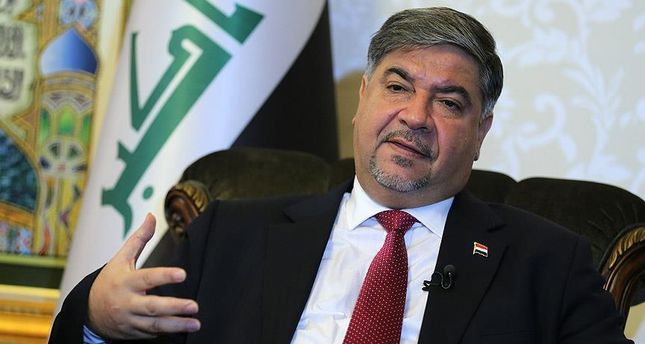 Iraq’s Ambassador to Turkey Hisham Ali Akbar Ibrahim al-Alawi said “the Mosul campaign is to wrap up in three months” and the visit by Prime Minister Binali Yildirim to Baghdad during the weekend was “a success” and “provided the positive atmosphere needed to further relations.”

Relations between the two countries are being affected by the presence of the Turkish troops at the Bashiqa camp. Yildirm stressed that the troops would remain in the camp because it is “out of necessity” to train Kurdish and other militia groups.

Meanwhile, US Commander Colonel Brett Sylvia has warned that the fight against ISIS has taken a new dimension because the extremist group is using “small drones with small munitions” to carry out bombings and “indiscriminate killing.” He said the drones are quad-copters with munitions the size of “a small little grenade” attached.

The Iraqi forces are slowly closing in on ISIS in Mosul and Sylvia said the drones are being used to attack the advancing forces. The colonel commands a US “advice and assist” unit in Iraq. He claimed that local troops have been able to neutralize around 80% of the extremist group’s drones and making the threat “much less effective.”

Regarding the prediction that the war would end within three months, the US official pointed out that “there’s a lot of fight that’s left to do in western Mosul.”

UN Humanitarian Coordinator Lise Grande lamented that the fight to retake Mosul has been deadly because “nearly 50% of all casualties are in fact civilians” and links the number to the “direct targeting by combatants.” Nevertheless, she praised the Iraqi army for the “humanitarian concept” of their operations in the city.