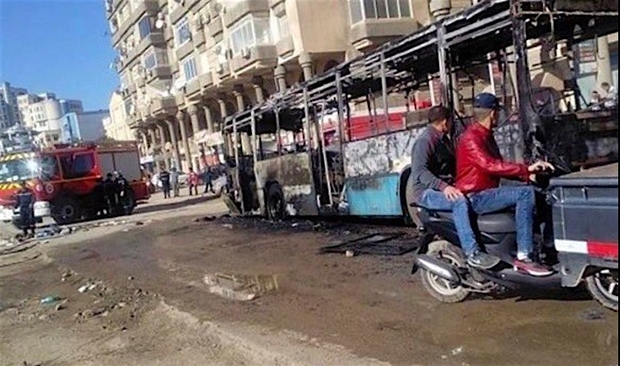 After realizing that its hard-power approach is no longer working to quell or intimidate demonstrators protesting soaring costs of living in the oil producing country, Algerian authorities have changed tactics.

Now, they are calling on Imams (religious preachers) to give a helping hand and use their leverage to stabilize the situation. But many European security experts and diplomats wonder whether this new strategy will ever work.
In the past, the Algerian regime, banking on the oil revenues, used the “stick-and-carrot” policy to keep a tenuous peace without addressing underlying issues.
But as the oil-money dries up, the Algerian authorities find themselves with little options. They increased taxes and prices of energy and food products, hitting badly the purchasing power of the majority of the Algerian society.

Apparently, they underestimated the risks of price hike which triggered widespread popular unrest. The social discontent is growing day after day despite the heavy-handed intervention of the security forces which failed to crush or muffle the voice of protesters.
With popular resistance getting better organized and more entrenched, the Algerian authorities ordered the Imams to warn worshippers about the security and about the need to preserve the stability of the country plunged into political crisis with uncertainties thickening over presidential succession.
It seems that the separation of religion and politics claimed by Algerian rulers for many decades is no longer a sacred value, untouchable inviolable as they seek survival and want to play extra-time in game apparently doomed.

The economy of Algeria, OPEC member, is based on a state-run and centralized system since the country gained independence from France in 1962 and it remains reliant on an energy sector.
But the oil price drop since 2014 has put the North African nation under financial pressure, forcing the government to trim social spending fuelling popular anger.
Algeria has been trying to reduce its import bill in the face of the oil price slump, while the country’s dinar currency has also plummeted against the U.S. dollar and the Euro.
Algerian people have already started feeling the impact of the depreciation of the dinar, while foreign products are increasingly becoming out of reach and rare commodities.

Due to these serious economic challenges, Algerian authorities are no longer able to use cash to secure peace as they did in the 2000s – when the country was still recovering from a conflict between the state and Islamist insurgents that claimed over 200,000 lives.
The unrest still rocking the country demonstrates that citizens are no longer willing to put aside their legitimate social and political demands for good governance, accountability, justice, decent life and respect from their rulers.
According to some analysts, Algerian authorities should learn the lessons from the Arab Spring uprisings that brought down autocratic and repressive regimes which refused to open up and thought they can weather the pro-democracy political storms, using their fire power. But they were deadly wrong!