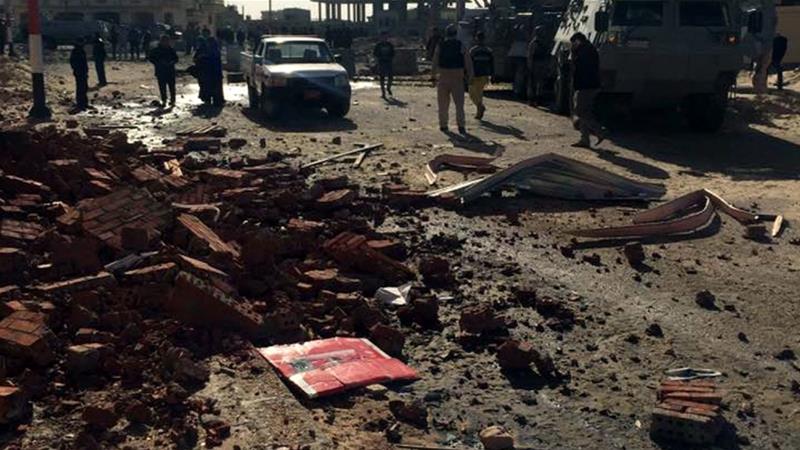 Militants in the restive North Sinai Monday killed scores of people including several security forces in attacks against two police checkpoints in Al-Arish, including one perpetrated with an explosive-laden truck.

Security forces were able to fight off the truck attack by killing five militants including the truck driver, the interior ministry said.

On Monday, two attacks hit two police checkpoints in Al-Arish. Both attacks left eight police officers and one civilian dead, said the Interior Ministry in a statement on its official Facebook page.

The interior ministry said that the militants stole a garbage truck and stuffed it with bombs. Forces were able to safely detonate the truck bomb.

Unconfirmed reports from security and medical officials, who spoke under anonymity conditions, said the truck destroyed a nearby security post building, killing at least 10 people, mostly civilians. Some 22 other people have been reportedly injured.

The Islamic State group  on Tuesday claimed responsibility for the Monday attacks in Al-Arish,.

The Ammaq news agency, which is affiliated to IS, published a statement claiming their troops killed 25 police officers during the attack that targeted two checkpoints in El-Matafy and El-Masieed suburbs in southern Al-Arish.

The militants have stepped up attacks against state forces since the overthrow of Islamist President Mohamed Morsi in 2013 by current President al-Sissi who toppled the Muslim Brotherhood candidate in a coup.