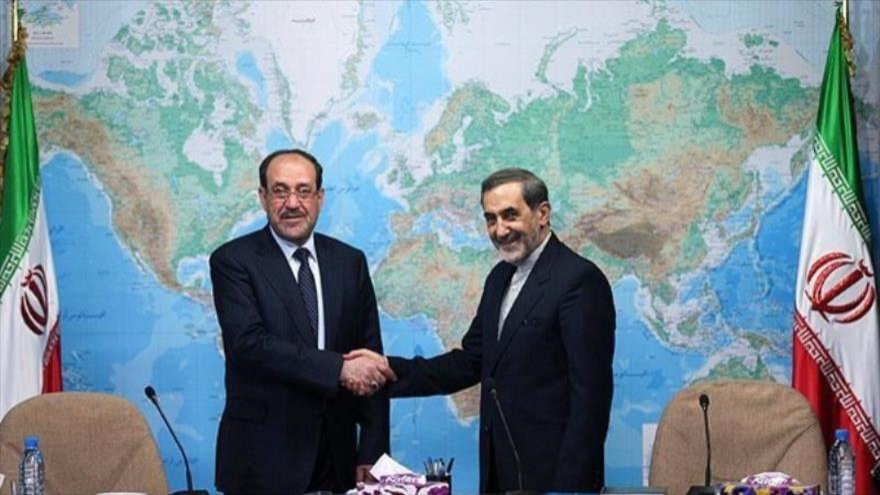 Iraqi first vice president Nuri al-Maliki who is on a working visit to Iran expressed his country’s readiness “to form a strong front against the enemies to confront possible plots after the ISIL.” Maliki met with Ali Akbar Velayati, a top aide of Ayatollah Khamenei, on Tuesday to discuss possible dangers that could emerge in a post-ISIL era.

Shia militia groups are engaged in fighting against the extremist group in Iraq and are playing an important role in the offensive to retake Mosul. His visit is also geared towards strengthening the “close and strategic relations” between the two countries.

Maliki noted that Iraq has been “able to attain success through efforts and jihad and our presence in Iran is aimed at using these victories in a way that we can do something against the groups which want to defeat the resistance front”. He applauded Tehran’s support by equipping the Iraqi army.

At the end of 2016, Iraqi Prime Minister Haider Al-Abadi said the extremist group will be “eliminated” within three months but French President Francois Hollande said that objective could be attained “during the spring, in any case before summer.” Hollande was speaking in Erbil, semi-autonomous Kurdistan region, after meeting with Haider in Baghdad. The visiting president equaled Iraq’s security and safety to that of France stating that “everything that contributed to reconstructing Iraq is an additional step to avoiding Daesh strikes on our own territory” as he recalls the numerous attacks carried out by militants of the group in France.

Although hopes continue to be high that ISIL is on the brink of being defeated in Iraq, several setbacks have further prolonged the battle for Mosul; the extremist group’s de facto capital.