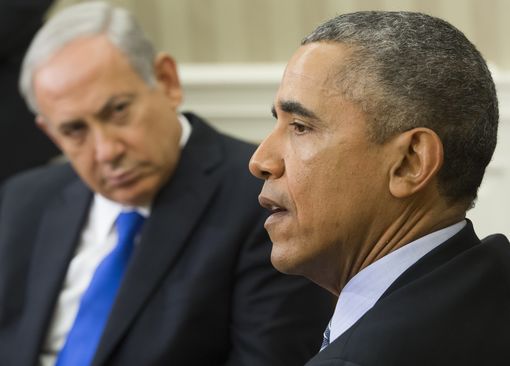 Tel Aviv seems not ready to swallow the latest UN resolution condemning Israel’s illegal occupation of Palestinian territories. Prime Minister Benjamin Netanyahu’s team strongly believes that US outgoing President Barack Obama is behind the adoption of the UN resolution as the US did not oppose its veto as usual and its abstention enabled the resolution to pass.

Some Israel officials said they have “strong evidences” which expose President Obama.

“The United States acted behind the back in composing and advancing the resolution against Israel. We knew about it through Arab and international sources,” Netanyahu’s spokesman David Keyes indicated.

Israeli ambassador to Washington Ron Dermer added oil to fire as he indicated that Israel would present the evidence to President-elect Donald Trump.

“We will present this evidence to the new administration through the appropriate channels. If they want to share it with the American people they are welcome to do it,” he told CNN.

These latest unprecedented strong reactions come after Netanyahu summoned the US ambassador Dan Shapiro to explain the US abstention.

The Obama administration has denied any involvement in the wording of the resolution pointing out that Egypt proposed it and pushed it through.

“We did not draft this resolution; we did not introduce this resolution. We made this decision when it came up for a vote,” said Ben Rhodes, Obama’s deputy national security adviser.