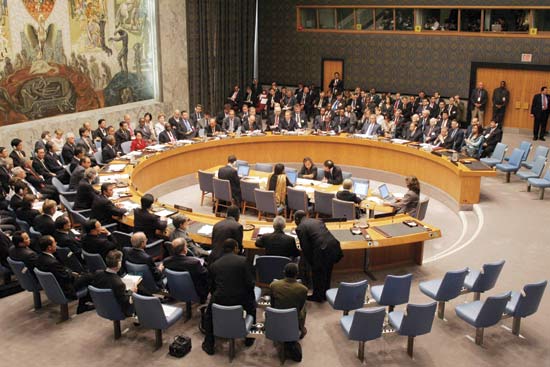 Morocco, a staunch supporter of the Palestinian cause, has over history condemned Israel’s occupation and Palestinian land usurpation.

The foreign ministry in a statement welcomed the vote (14-0) which took Israel by surprise. The US, iron-clad supporter of the Jewish state, abstained allowing the resolution to be voted.

Washington’s abstention sparked fury in Israel. Israeli Premier Benjamin Netanyahu summoned envoys of countries which voted for the resolution to clarify their positions. Tel Aviv went at great lengths to suspend investment projects in some countries that backed the resolution.

The resolution widened the rift between President Barack Obama and Netanyahu. Israel claimed it has strong evidences that Washington helped craft the resolution.

The Moroccan foreign ministry described Israel’s settlement policy as a blatant violation of dispositions of the international law and UN resolutions and a threat to all chances of peace in the region.

Rabat underlined its attachment to the two-state solution based on June 1967 border limits, with Eastern Jerusalem as capital of the Palestinian state.

In November this year, during the UN Climate Conference COP22, Rabat rejected calls to remove the Israeli flag among other participating nations’ flags.  The Kingdom indicated that the event was a global event which required contribution of all global stake-holders.