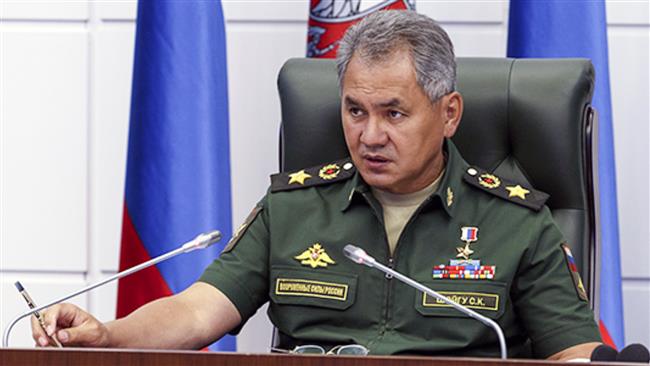 The declaration announced the readiness of these three countries to serve as “guarantors” and to “facilitate the drafting” of an agreement that would be a product of ongoing negotiations between the Syrian government and “the opposition”. Russia and Iran strongly support Assad’s government while Turkey is against having a powerful Kurdish militia or state near its border but they nevertheless “invited all other countries with influence over the situation on the ground” to help in reaching an agreement after more than five years of war and rampage.

Russia’s foreign minister Sergei Lavrov said the approach of the three countries presents the “most effective” means of ending the Syrian war. Lavrov’s remarks came a week after he described talks with the US as “fruitless.” Washington wants President Assad to step down from power. Defense minister Shoigu added that “all previous attempts by the US and its partners to agree on coordinated actions were doomed to failure,” as he claimed that “none of them wielded real influence over the situation on the ground.”

On Tuesday, Secretary of the Iranian Supreme National Security Council Ali Shamkhani revealed from Tehran that Iran has established joint military headquarters with Russia in Syria, without specifying its location.

According to alarabiya.net, Shamkhani made the statement following the visit of a representative of the Russian President Vladimir Putin to Tehran and his meeting with some Iranian officials.

“We have initiated a joint work plan in cooperation with some countries in the region to fight terrorism. It is a field and diplomatic work; it needs counseling to overcome some of the obstacles,” Shamkhani was quoted by al-Arabiya.net as saying.

“We have established a joint military headquarter with Russia in Syria with the help of the Syrian army and the resistance forces and we have provided counseling services too,” he said.

The Secretary of the Iranian Supreme National Security Council also talked about the military cooperation between his country, Russia and Iraq saying, “We are undertaking a joint military action in the axis formed by Iraq, Syria, Iran and Russia to combat terrorism.

Russia and Iran have played an influential role in defending the Assad regime, ever since the eruption of the Syrian revolution. The Iranian regime started supporting the Assad regime at the intelligence level. Tehran later on sent its militias into Syria after the progress made by the opposition forces.