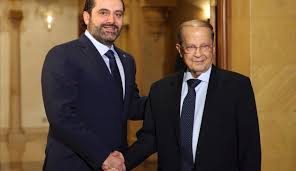 Prime Minister Hariri has unveiled his 30-member cabinet that he described as “a government of national accord” following concessions by every party.

He said it is also “an elections government” as parliamentary polls are to be organized in mid 2017.

The “new government” dubbed as a reconciliation cabinet does not include the Kataeb Party after it rejected the portfolio that it was offered. Hariri said preserving the “stability that is prevailing in Lebanon amid fires that are prevailing around the region” will be “at the top of its list of priorities”.

Lebanon is a neighboring country to Syria but it has been able to stop the war from crossing over its border. Prime Minister Hariri said they would continue to protect the country away “from the negative consequences of the Syrian crisis.”

There are Syrian refugee camps in the country and the establishment of a State Secretariat for Refugees would be managing their affairs and also “take responsibility for helping our country bear the burden” according to Hariri.

The press release from the Prime Minister’s office stated that enacting “a new electoral law that takes into account proportional representation and right representation” will be the first on its agenda as far as politics is concerned. Hariri urged for the spirit of “national entente” that emphasizes the message of coexistence in the coming months as the country steps away from its political impasse that had lasted for more than two years. He called for the cooperation of the Lebanese and their optimism.

An anti-corruption minister and that for the State of Women Affairs are the new additions to the Lebanese cabinet pending the approval of the parliament. The first cabinet meeting is scheduled to take place on Wednesday.